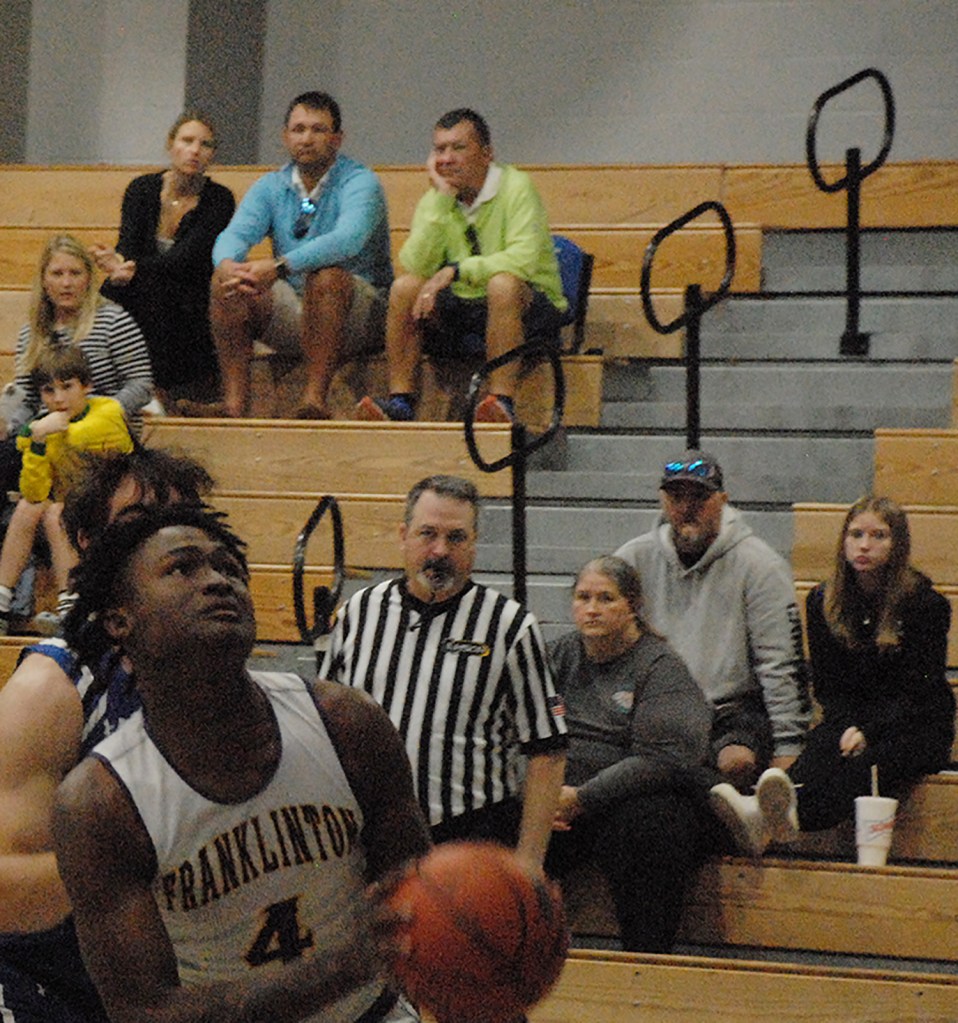 DAILY NEWS PHOTO/Chris Kinkaid Franklinton’s R.J. Hart goes to the bucket in a game this season.

Franklinton and Pine’s boys basketball teams are competing in the Lakeshore Summer Basketball League that started on May 24 and runs until the end of June.

Games will be held on each Tuesday and Thursday and are scheduled to start at 2 p.m. with the last contest set for either 8 p.m. or 9 p.m.

Games the first two weeks will take place at Lakeshore. After that, Lakeshore and Fontainebleau will be having games.

Franklinton starts play on May 24 with a 6 p.m. game against St. Paul’s School and an 8 p.m. contest against Mandeville.

On Thursday, Franklinton will play varsity games against Salmen and Lakeshore at 6 p.m. and 9 p.m., while the junior varsity will face St. Paul’s School and Mandeville at 5 p.m. and 7 p.m., respectively.

Pine will start on June 7 with games against Lakeshore Pope John Paul II at 3 p.m. and 4 p.m. at Lakeshore.

Games will feature two 20-minute halves with a running clock the final two minutes of each half when the typical clock operating rules go into effect.