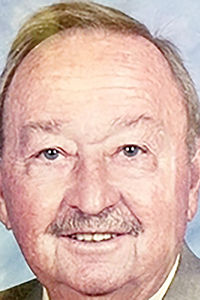 Albert Dewitt Hughes, a native and resident of Bogalusa, passed away at his home May 3, 2022.

Albert was a retired Superintendent of Postal Operations with the U.S. Post Office, and a U.S. Army veteran who served in the Korean War.

He was a member of First Baptist Church in Bogalusa where he served as a deacon for many years and is a member of the Masonic Lodge.

He also spent many years coaching Little League sports, inspiring youngsters to do their best. He loved spending time outdoors, gardening, and playing with his grandchildren and great-grandchildren.

He was preceded in death by his father, Joseph Hughes; his mother, Inez Hughes Gee; and two brothers, Joseph Hughes Jr. and Earl Hughes.

Family and friends were invited to attend a memorial service at 11 a.m. on Friday, May 6, 2022, at First Baptist Church in Bogalusa. Visitation was from 9 a.m. until time for the service.

In lieu of flowers, donations may be made to First Baptist Church of Bogalusa.