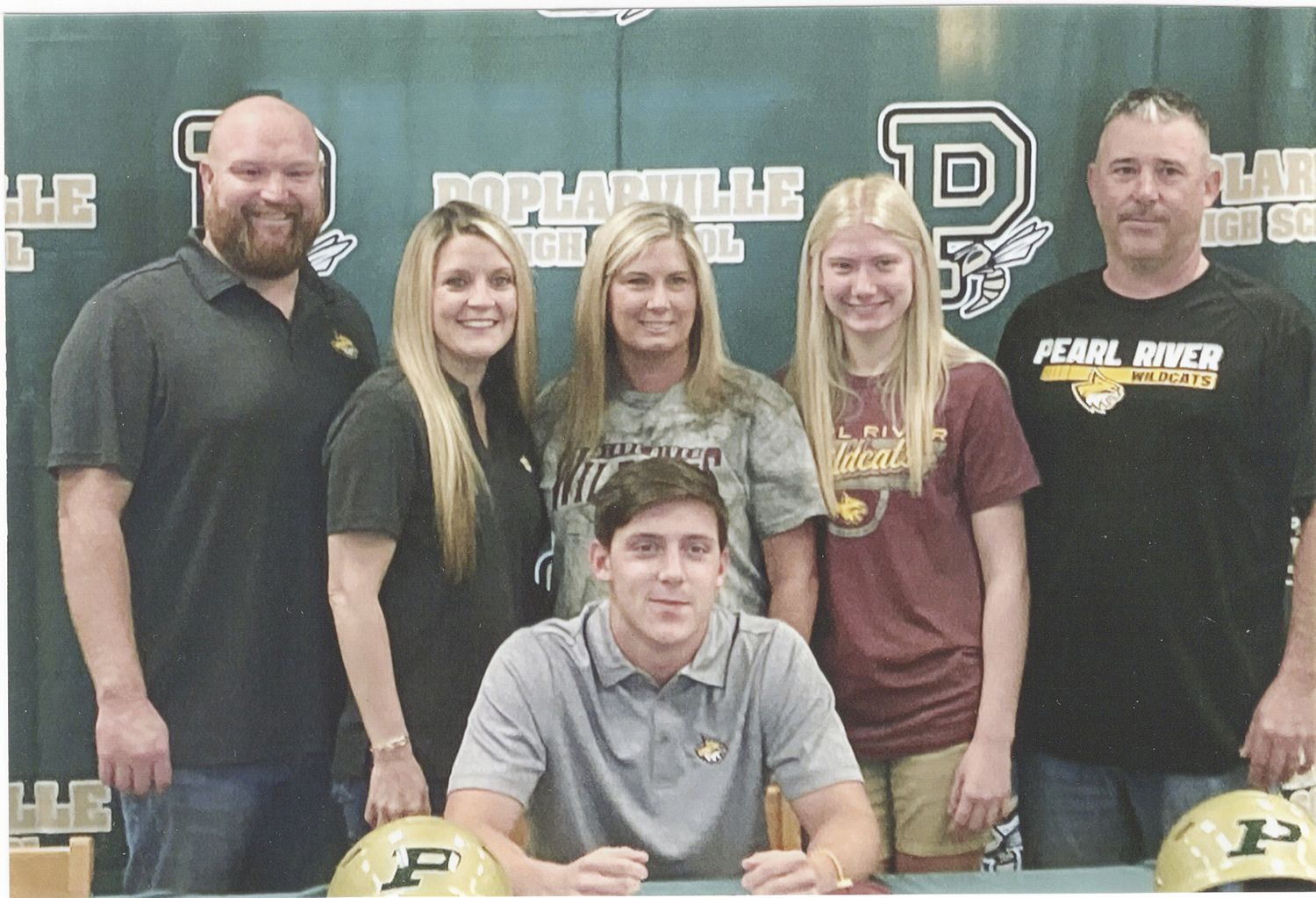 COURTESY PHOTO
Poplarville High School’s Riley Passman has signed a letter of intent to attend Pearl River Community College and play baseball for the Wildcats.
Passman’s family is originally from Bogalusa.
According to the press release, Poplarville coach Slade Jones stated that this was a well-deserved congratulations to Passman on his commitment to play baseball with the Wildcats.
“He’s a four-year starter for us. He’s a two-way player for us — left handed pitcher, left-handed hitter. He’s hit .380 for us for his career. This was the only year he didn’t hit .400 for us, but I think people were pitching him different this year. He throws in the mid 80s. He’s tough to hit. He delivers it over the top, which gives hitters a different spin rate, and it moves it away from the right-handed hitters. He projects to be a guy who will be in the upper 80s, low 90s.”
Passman is seated in the front row surrounded by his family. Standing from left are Jensen Crain (stepfather), Amie Davis Fairley (mother), Sherry Passman (stepmother), Emma Brown (stepsister) and Brandon Passman (father).
Fairley said that Passman’s biggest fan was his late brother Tate Fairley.