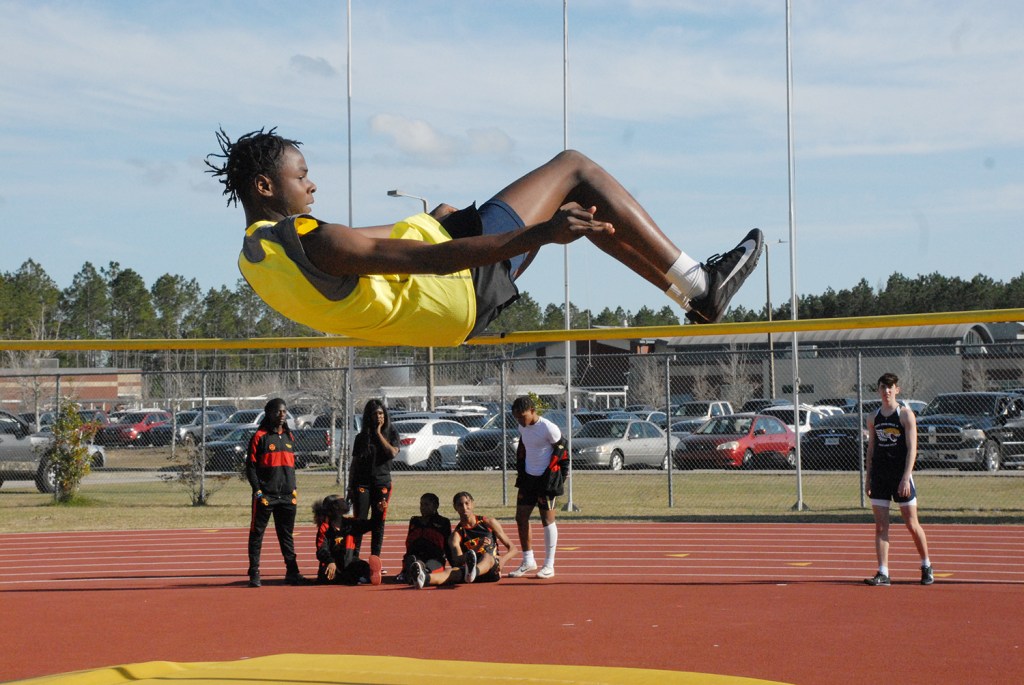 DAILY NEWS PHOTO/Chris Kinkaid Bogalusa’s Aquinas Roberts clears the bar in the high jump at a meet this year. He is one of eight individual athletes going for a title this week.

Track/field athletes have reached the championship and will look to capture state titles.

Eight individual athletes and three relay teams will combine to compete in 14 events in the state meets.

Varnado has two state qualifiers in the Class 2A meet in Jamari Lewis and Zamoriyon Washington. Lewis will compete in the javelin, while Washington is in the 100 meters. Both captured those events at regionals.

Washington reached state in the 100 last year and came in sixth place.

Lewis and Washington will compete on Friday at Bernie Moore Stadium on the campus of LSU.

Bowling Green has two qualifiers in Zeke Burford and Joey Dupont and they will compete in the Class 5A Meet on Friday.

Burford is going for a championship in the long jump, while Dupont qualified in the high jump.

Dupont came in third place in the high jump, while Burford was fourth for the long jump at South State.

Ben’s Ford Christian School has one qualifier competing on Friday in Avery Dantin, who will be running the 3,200. She won the 3,200 at South State.

Bowling Green School and Ben’s Ford Christian School are competing at Jackson Preparatory School for all of the events.

Sticking with Ben’s Ford, they will be represented in several events on Saturday.

Perrette captured the 100 at South State, while Matthews was second in the 800 and Dantin and Robichaux were third in the 1,600 and 400 respectively.

Switching back to LHSAA, Bogalusa has two athletes going to state in Aquinas Roberts and Haikem Thompson.

Thompson and Roberts will compete on Saturday at Bernie Moore Track Stadium.