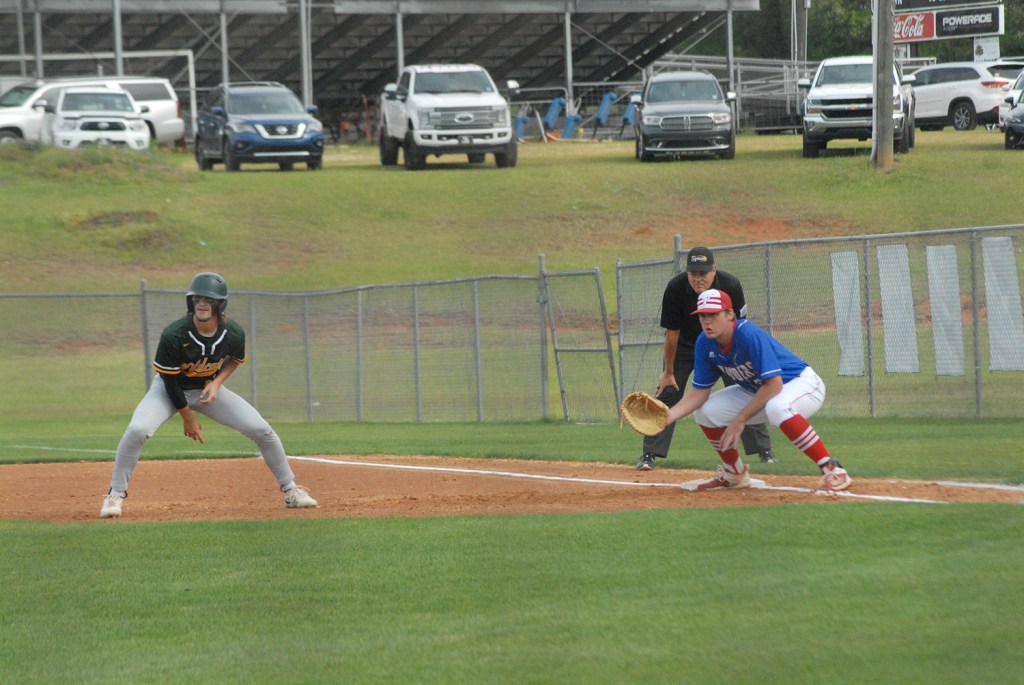 DAILY NEWS PHOTO/Chris Kinkaid Pine’s Bryson Thomas holds a runner on during a game this season.

Pine’s Raiders defeated Port Barre in the bi-district round of the Class 2A state playoffs at home on Tuesday.

Chase Cooper was solid on the mound, going the distance, allowing three runs on five hits with 12 strikeouts and three walks. At the plate, Cooper went 2-for-3 with a double and three runs batted in.

Turner Deleon scored two runs, while Bryson and Aden Wiggins both posted one.