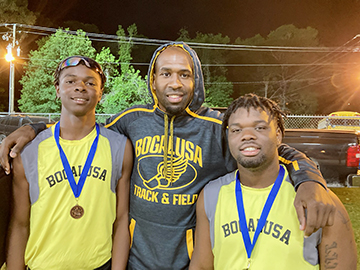 Bogalusa’s Haikem Thompson was victorious in the javelin and Aquinas Roberts came in third place for the high jump in the Region 3-3A Meet that was held at West Feliciana on Wednesday.

Thompson won the javelin with a throw of 130 feet, 8 inches.

Roberts was third in the high jump after clearing the bar at 5-8. Kenner Discovery Health and  Sciences Academy’s Labyron Martin and Archbishop Hannan’s Jaylen Taylor tied at 6-2, but the tiebreaker is fewest misses, so Martin won and Taylor came in second.

Wednesday’s meet was a qualifying competition. The top three from each event are headed to the state meet. The Class 3A state meet will take place on May 7 at Bernie Moore Track Stadium on the campus of LSU.

Bogalusa is the only school from Washington Parish in Class 3A.

Desmond Ramirez came in seventh for the triple jump with a distance of 38-10.5. Sophie B. Weight’s Dale Albert won at 43-5.

Tyren Jackson came in eighth for the discus with a throw of 103-10. West Feliciana’s Jermarian Jackson topped the event with a 148-7.

West Feliciana was second with 101 points, followed by Madison Prep Academy’s 75, Parkview Baptist’s 38 and Jewel Sumner rounded out the top five with 35 points. Bogalusa came in 11th with 16 points.

In the girls, Caltlin Holloway was seventh in the long jump at 15-7. West Feliciana’s Tristen Harris won at 18-10.5.

Cierra Gibson was seventh for the discus with a throw of 83-11. Madison Prep’s Ja’Myah Williams was victorious at 136-7. 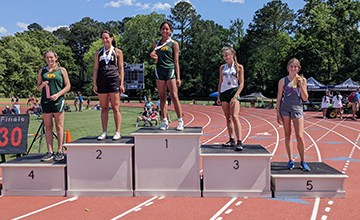 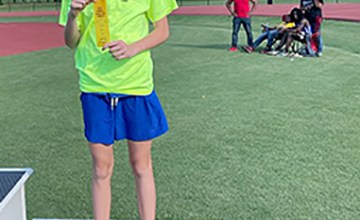 Franklinton victorious over Livonia to start the playoffs