Franklinton’s Lavigne is going to regionals 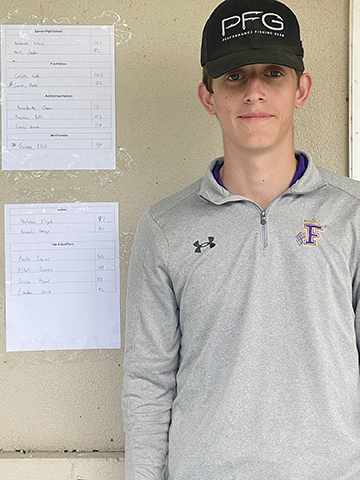 Franklinton’s Kade Lavigne is headed to regionals after his performance in the District IV Meet that was held last Wednesday at Bayou Oaks North in New Orleans.

The top four teams and the top four golfers who were not on a qualifying team are headed to regionals, which are April 27 at Grand Ridge Golf Club in Luling.

Lavigne was the top qualifier among golfers, whose teams did not make it to regionals, as he posted an 85.

Belle Chasse was second with a 362, followed by Archbishop Shaw’s 380 and Lakeshore’s 399.