Pine scores 4 runs in the 2nd to capture victory 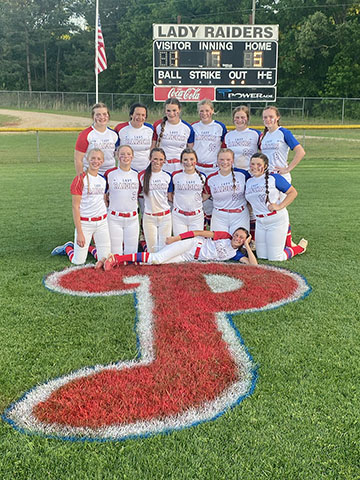 COURTESY PHOTO Pine’s softball team defeated Vinton, 5-1, in the bi-district round of the playoffs at home on Monday.

Pine scored four runs in the second inning to take a 4-1 lead and never looked back in a 5-1 victory over Vinton in the bi-district round of the Class 2A playoffs at home on Monday.

Kirbee Magee went 3-for-4 with a double and a run scored.