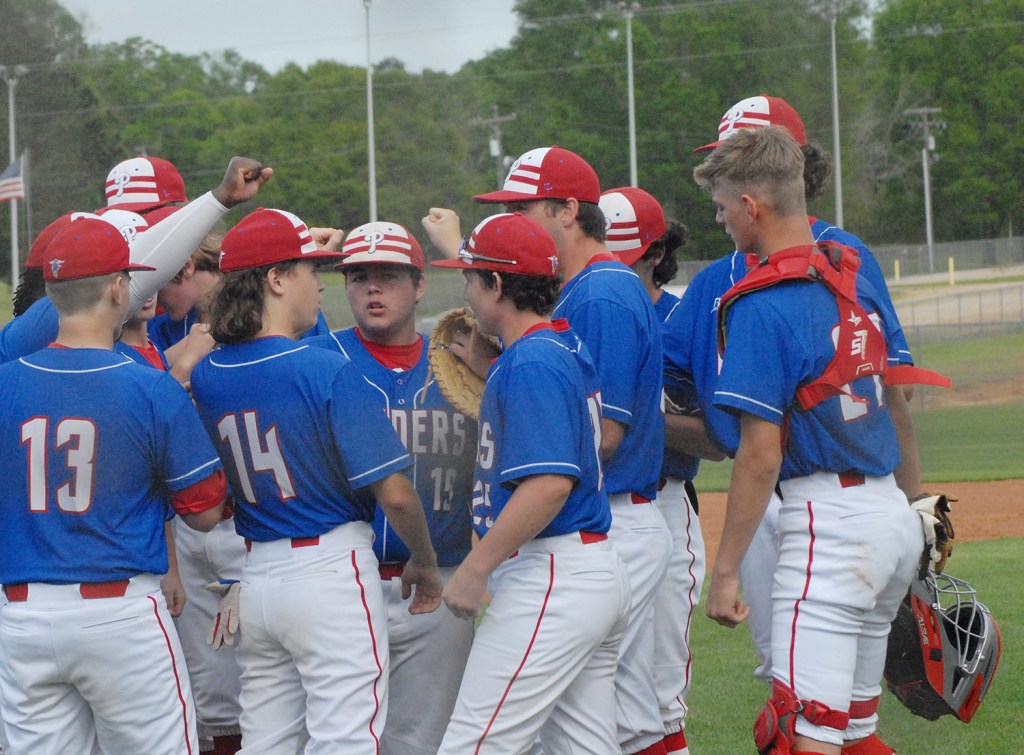 DAILY NEWS PHOTO/Chris Kinkaid Pine prepares to break the huddle. The Raiders are District 9-2A champion.

Pine’s Raiders clinched the District 9-2A title after they were victorious over Independence, 12-3 and 12-0, in a league doubleheader on the road Friday.

In the 12-3 game, Chase Cooper drove in four runs and scored two runs in a 2-for-4 game that included a double.

Chris Strahan singled and scored two runs and had an RBI.

Ethan Ryals singled, scored a run and drove one home.

Hayden Logsdon had a hit and a run batted in.

The 12-0 game lasted six innings, as Pine scored seven in the sixth inning to break open a 5-0 contest.

Wiggins singled and drove in a run.

Ryals scored a run and drove in a run, while Logsdon, Cam Brown, Strahan, Caldwell and Turner Deleon all scored a run.

Cooper went the distance, allowing no runs on one hit with 14 strikeouts and no walks.

Pine’s next game is Monday against Jewel Sumner on the road.