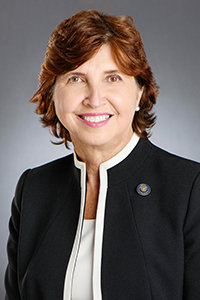 The Louisiana Senate Education Committee advanced a bill Thursday that would prohibit transgender athletes from competing in accordance with their gender identity.

Senate Bill 44, sponsored by Sen. Beth Mizell, R-Franklinton, is dubbed the “Fairness in Women’s Sports Act.” The bill requires athletes from the elementary through collegiate level to compete based on their sex at birth.

The bill unanimously cleared the committee, with neither of the two Democrats on the committee, Sen. Cleo Fields of Baton Rouge, or Sen. Katrina Jackson, of Monroe objecting.

The bill is redundant at the high school level, as the Louisiana High School Athletic Association already requires athletes to compete based on their birth sex, leading critics to call the bill a solution in search of a problem. When the bill came up last year, the LHSAA said that it was aware of only one transgender athlete who had tried to compete in Louisiana.

But if the bill becomes law, it could shake up college athletics. NCAA policy allows transgender athletes to compete under certain circumstances.

Mizell said that, over the last year, she has become more convinced of its necessity.

“Our point has been made over this year,” she said. “We’ve watched as biological females place second and third in female swim competitions, not able to reach first. This year, data showed that the winning times of the Olympic women final would not meet even the times necessary to compete against high school boys.”

S.K. Groll, an anthropologist and transgender advocate, pushed back against the bill proponents’ use of science.

“The way that biology is being used both in the text of this bill and in this room today needs to be considered a lot more in depth, and with a lot more science behind it,” Groll said.

Opponents of the bill argue that little research has been done on whether transgender athletes have competitive advantages over their cisgender counterparts. They state that what is well-documented is the harm transgender youth experience.

In 2020, 52 percent of all transgender and nonbinary youth reported that they seriously considered suicide, according to a survey by The Trevor Project, an LGBTQ suicide prevention organization.

“She would have never made the cut,” Landaiche said. “She may have never walked on the court.”

SarahJane Guidry, executive director of Forum for Equality, an LGBTQ civil rights organization, spoke on the harm posed by the bill to transgender youth.

“When we tell transgender girls that they can’t play girls sports, they miss out on all of these very important childhood experiences that are being denied to them,” Guidry said. “There are more than a dozen states with policies that allow transgender kids to participate in sports and they’re working. We are comparing Olympic and collegiate athletes to middle schoolers. There is no differentiation in this bill.”

Guidry said she would have worked with legislators to create a more-inclusive bill.

Tucker Barker, an advocate for transgender individuals, pointed out the problems faced by transgender youth.

“I am here to state before this committee that there are very real effects of bills like this,” Barker said. “I see those effects every day. Over 100 anti-trans bills have been introduced this year.”

Barker added that 2019 data from the Trevor Project indicates that 71 percent of LGBTQ reported discrimination due to their sexual orientation or gender identity. “This bill provides a pathway and a blueprint for that discrimination,” said Barker, who is transgender.

Barker spoke about the benefits of participating in youth sports.

“We all agree on how team sports provide discipline, teamwork, creative problem solving, confidence and a safe place to experience fitness and joy in your body,” Barker said.