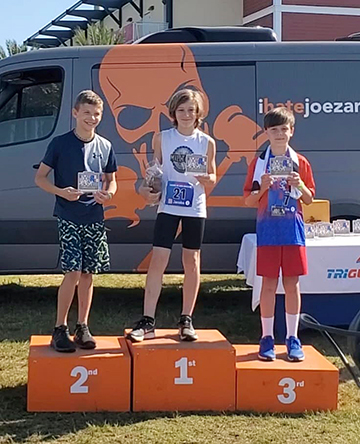 COURTESY PHOTO
Remy Lambert, who competes for the Milltown Athletic Club, competed in his second duathlon at the 10th annual Maritime DeLuva Duathlon on March 27 in Pensacola, Fla. Lambert won the 11-12-year old age group and came in third overall. The event had more than 200 participants ages 6-15. Participants raced by running, biking and then running again. Competitors ran a six tenths of a mile, biked 3.2 and then they ran another mile.