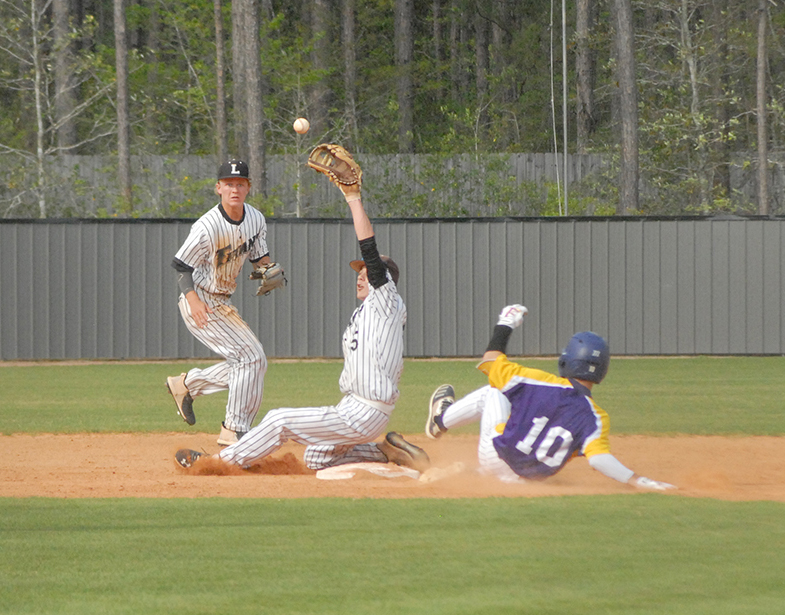 DAILY NEWS PHOTO/Chris Kinkaid Franklinton’s Tryson Fowler slides into second with a stolen base in Tuesday’s road game against Lakeshore.

Franklinton split games with Lakeshore in District 9-4A contests that were held on Tuesday and Thursday.

Tuesday’s game was a 12-2 loss in five innings on the road.

Rickey Burkhalter and Dillon Pace both had a hit.

Pace collected the save after a hitless and scoreless inning. At the plate, Pace recorded a hit.

Penton singled and drove in a run.

Will Turner and Nathan Parden both posted a hit.

Franklinton’s next game will be on Tuesday at home against Pearl River.