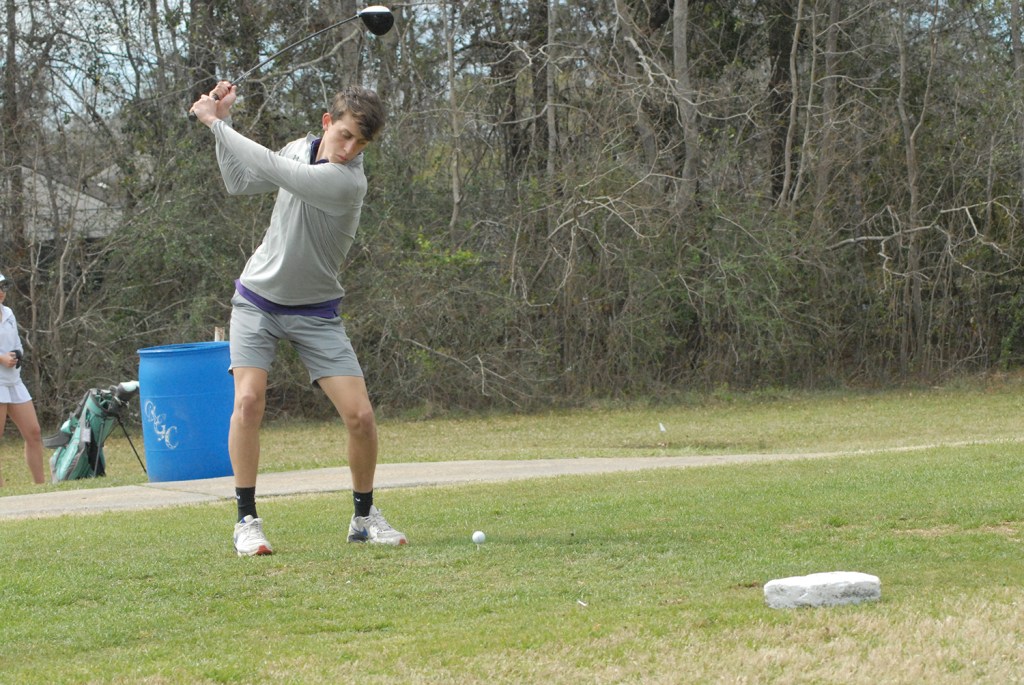 Franklinton’s Kade Lavigne came in fourth place in in the Northlake Golf League that was held on March 28 at Pinewood Country Club.

Archbishop Hannan’s Jalen Rose won the event with a 99.

Salmen’s Sidney Anderson was second at 108.

Franklinton’s Bryce Hall recorded a 125, while Bo Webb posted a 143.

Archbishop Hannan won the team honors with a 483.

Lakeshore was second at 485.

Archbishop Hannan’s Analise Plunkett won the girls tournament with a 98 in a field of seven.

Teammate Ashlyn Crimmins was second with a 109, followed by Lakeshore’s Amelia Sivard’s 115, Salmen’s Kayla McDermott’s 119 and Lakeshore’s Avery Finklea posted a 121 to round out the top five.

Archbishop Hannan won the team competition with a 340.

Lakeshore was second at 366.

The Northlake Golf League will be back in action on Monday at the Franklinton Country Club.