Edwards back as BGS basketball coach 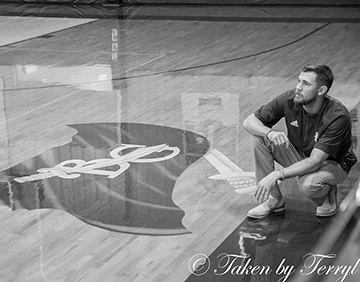 Bowling Green School is excited to announce the hiring of Coach Jaron Edwards as the new head coach of the Varsity Bucs and Lady Bucs Basketball program.

Coach Jaron is no stranger to Bowling Green, as he was a 2010 graduate and former basketball coach at BGS.

Coach Jaron brings years of experience as a player and a coach. As a dynamic player for BGS, he was part of the MAIS State Runner-Up team in 2010, named first-team all-district twice, district MVP twice, first-team All-South State twice, first-team All-MAIS, and the 2010 MAIS MVP. He continued his basketball career at the collegiate level when he played for two years for both William Carey University and Mississippi College.

He also has experience coaching on the AAU level as he is currently the head coach for the Washington Parish Hoosiers travel ball team. He has been a part of the Hoosier organization since the 2018 season, and this gives him an opportunity to coach against some of the South’s most elite players and coaches.

In addition to his coaching experience, Jaron is a Soldier in the Louisiana Army National Guard. Coach Jaron is excited about this new season of his coaching career with the Buccaneer family. “I am grateful for the opportunity to come back to Bowling Green to pursue my passions of teaching and coaching. I am thankful for those that have encouraged me and supported me in my decision to return to Bowling Green. I am very excited to get things started and to build upon the winning culture of Bowling Green basketball.”

Bowling Green is excited to have Coach Jaron work with our student-athletes, and it will be exciting to see Buccaneer basketball under his direction.