Pair of locals lift their way to a state title 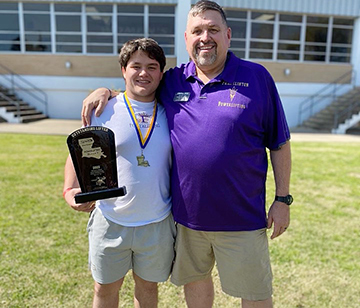 Franklinton’s Shelton Jenkins and Pine’s Braeden Arceneaux captured powerlifting state championships that were held last week at Fant Coliseum on the campus of the University of Louisiana at Monroe.

Both lifters set several personal records along the way.

Jenkins, who is a senior, competes in the Division II 198-pound weight class.

Jenkins squatted 515, benched 435 and deadlifted 550 for a total of 1,500. Jenkins set personal records in the bench and his total.

This was Jenkins’ third state title. He won last year and in 2019. He made it to state all four years. He was unable to compete in 2020 because of the pandemic.

Jenkins was the top seed going in and lifted 205 more pounds in regionals than the second seed.

Jenkins was also the top lifter in the heavy platform.

“I’ve been working really hard,” Jenkins said. “I’ve been really close in the past, so winning that was kind of a big deal for me.”

Jenkins said that his key to success was keeping a good mindset and focusing on one thing at a time.

Jenkins got started in powerlifting because of his older brother Drake Jenkins.

“My older brother did it, so I was thinking I may as well try a new sport out and I just fell in love with it,” Shelton Jenkins said.

Arceneaux, who is a sophomore, won his second state title with the other coming last year. This is Arceneaux’s third time reaching state. He also made it last season and in 2020.

Arceneaux squatted 335, benched 170 and deadlifted 380 for an 885 total. Arceneaux set PRs in the deadlift, bench and total.

He won his weight class by 50 pounds.

“It feels good being a two-time champ and knowing how hard I worked to win it again,” Arceneaux said.

Arceneaux talked about the keys for his success.

“Getting PRs, lifting heavy weights and my dad (Jason Arceneaux) for pumping me up,” Braeden Arceneaux said.

Franklinton’s Adam Galloway was seventh in the SHW division with a 1,340 total. Salmen’s Dwayne Coleman won with a 1,575.

Also competing for Franklinton were Jaylin Magee (181) and Khaled Waliagha (220).

Bolton won the title with 44 points, as 20 teams put up points.

St. Michael’s the Archangel was second at 30, followed by South Terrebonne’s 23, Liberty Magnet’s 22 and Salmen’s 19 to round out the top five.

Many won the title with 48 points with 22 teams posting points.

Pope John Paul II was second with 31, followed by Winnfield’s 20, Holy Savior Menard’s 19 and Delhi Charter’s 17 points to round out the top five.

Cael McDaniel and Will Culpepper came in second place in their weight classes.

Matthew Kirkland (SHW) competed and and Bryan Mauricio was scratched because of an injury. 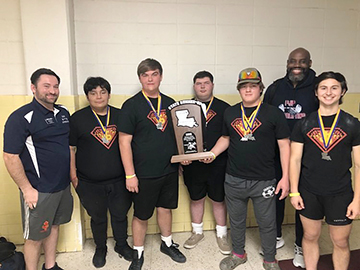 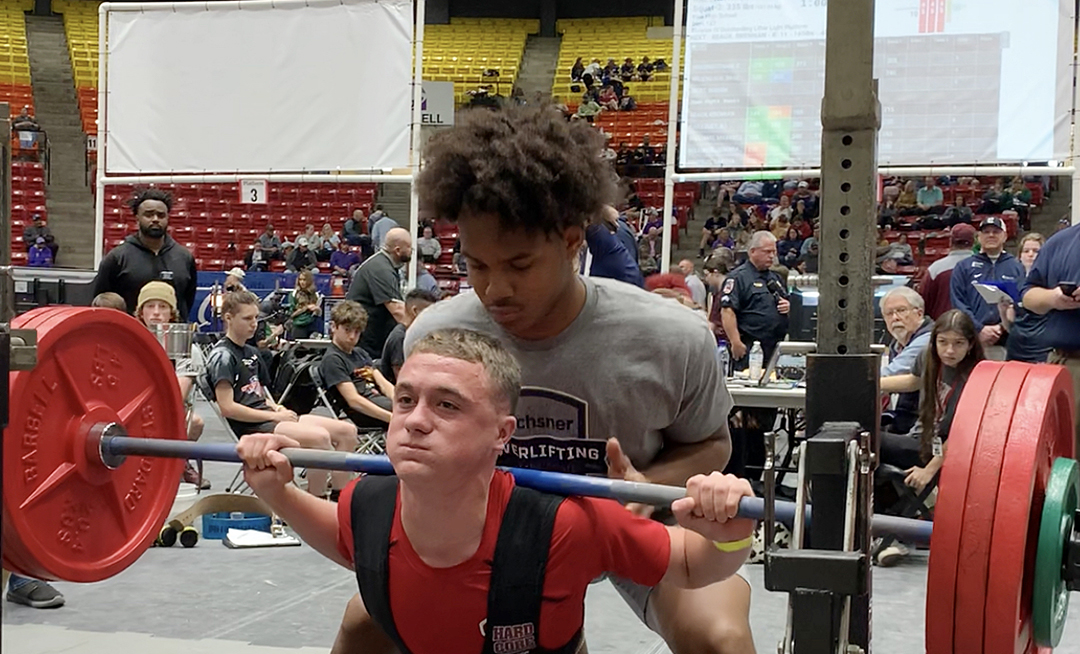