Franklinton’s Schilling is 2nd in state 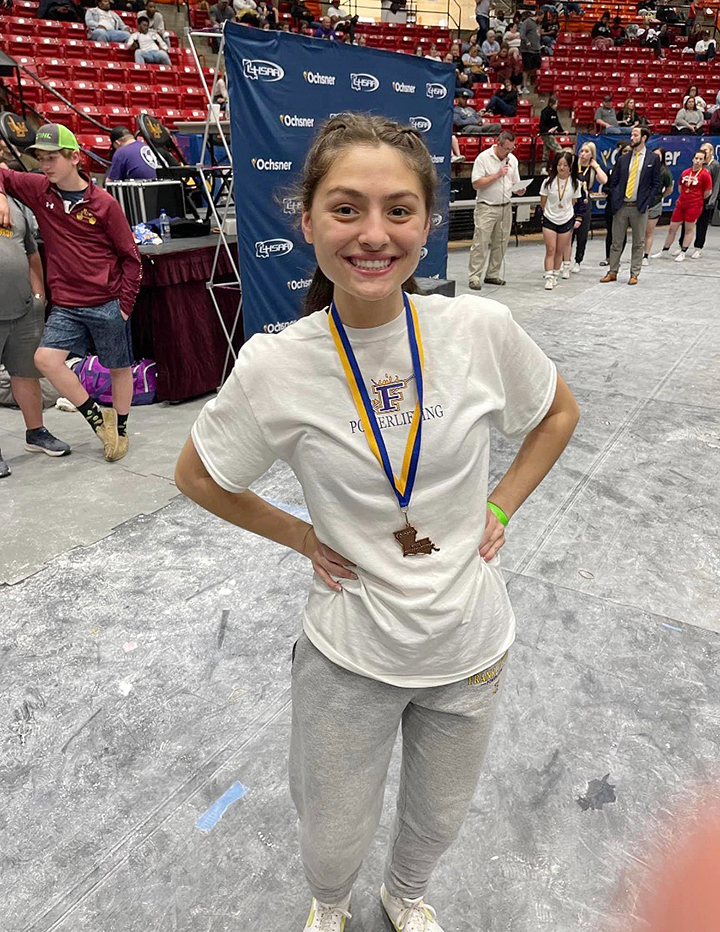 COURTESY PHOTO Franklinton’s Ava Roshto is pictured with her medal for coming in third place in the 123-pound weight class at the state meet that was held March 24-26 at the University of Louisiana at Monroe.

Franklinton’s Marleigh Schilling was second in her weight class at the powerlifting state meet that was held on March 25 at Fant Coliseum on the campus of the University of Louisiana at Monroe.

Schilling was second in the Division II 132-pound weight class after a total of 705. Schilling squatted 290, benched 140 and deadlifted 275. Teammate Jennifer Dong was third with a 700. She squatted 275, benched 125 and deadlifted 300. South Terrebonne’s Harley White won with an 830.

Franklinton and Pine were the local teams competing.

Franklinton came in fifth with 21 points with 17 teams posting points.

Tioga won the meet with 38 points.

Leesville was second with 35, followed by South Terrebonne’s 25, North Vermilion’s 23 and Franklinton to round out the top five.

Pope John Paul II was second with 44 points, followed by Northlake Christian School’s 41, D’Arbonne Woods Charter’s 31 and Delhi Charter’s 13 to round out the top five.