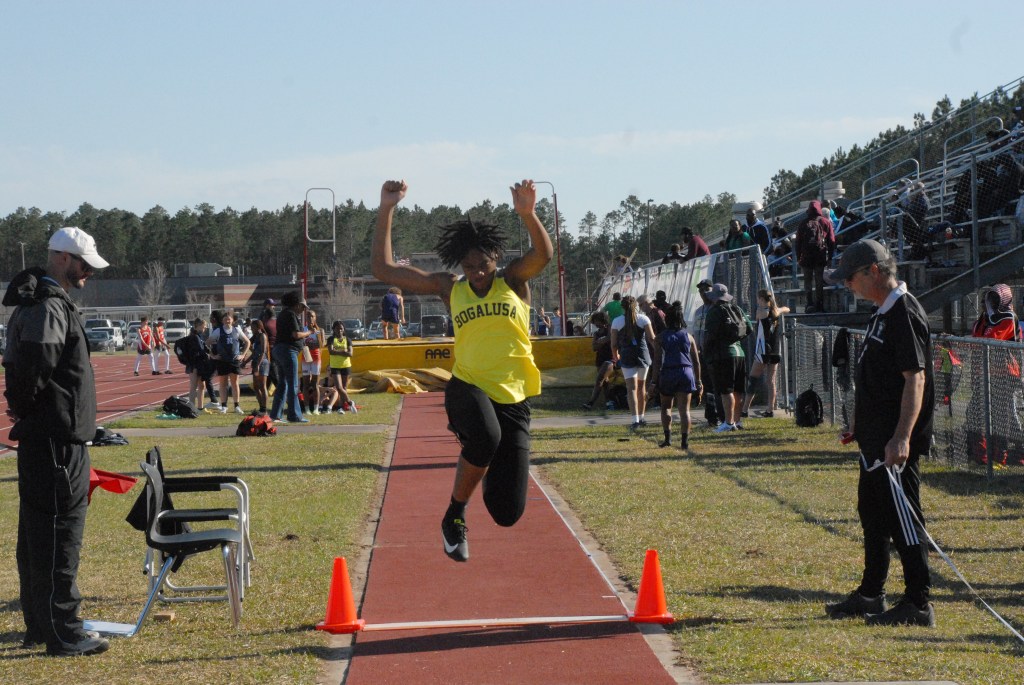 DAILY NEWS PHOTO/Chris Kinkaid Bogalusa’s Caitlin Holloway long jumps in a meet this season. Holloway won the shot put and was fourth in the long jump at a meet on Saturday at Pass Christian.

Bogalusa’s Cierra Gibson and Caitlin Holloway were victorious in the Pass Christian Invitational 2022 that was held on Thursday.

Gibson captured the discus with a throw of 77 feet, 9.5 inches.

Bogalusa was the only local team in the meet.

Tamerical Peters and Holloway were third and fourth for the long jump with distances of 15-3 and 15-2. Newman’s Claire Charpentier won at 16-9.

LaDerricka Payne came in fourth for the high jump at 4-4 with Pass Christian High School’s Haleigh Haynes winning at 5-0.

Bogalusa’s 4×100 and 4×200 relay teams were third and fourth respectively with times of 57.12 seconds and 2 minutes, 6 seconds. Both teams featured Payne, Jaleah Mingo, Peters and Holloway. Newman won both events with times of 52.0 and 1:53.

Bogalusa will compete again at Jewel Sumner on Friday.