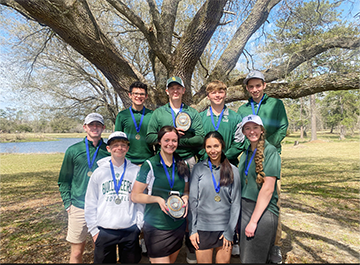 The team won the event with Columbia Academy coming in second.