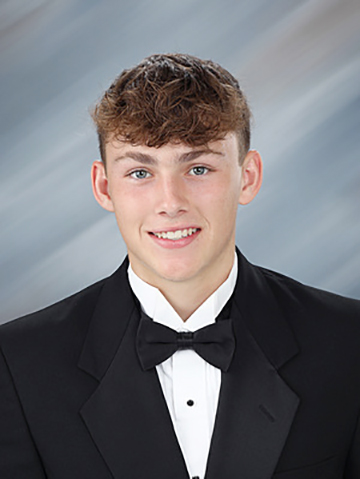 Through its sponsorship of the Louisiana High School Athletic Association, the Allstate Sugar Bowl awards scholarships on an annual basis to student-athletes who have earned at least a 3.5 GPA and at least a 24 ACT score.

Applicants submit their information and essays to the LHSAA, which then chooses the winners. Each applicant must show ample evidence that he/she is capable of succeeding at the college level and demonstrate good standing among their class and school.

George was named one of five scholarship finalists with the Allstate Sugar Bowl Chapter of the National Football Foundation & College Hall of Fame Scholar-Athlete. He now has the chance of being awarded either a $10,000 or $20,000 scholarship. Winners will be announced later this spring at a reception hosted by Archie Manning.

This is an especially endearing honor for Arata and his family, as both of his brothers — Will (Class of 2015 and Andrew (2016) — were selected in their senior years. George hopes to continue playing football at the collegiate level with either Tulane University or at the University of Louisiana – Monroe, with intent to major in Biology.