Pine’s Wiley comes in 4th in the long jump 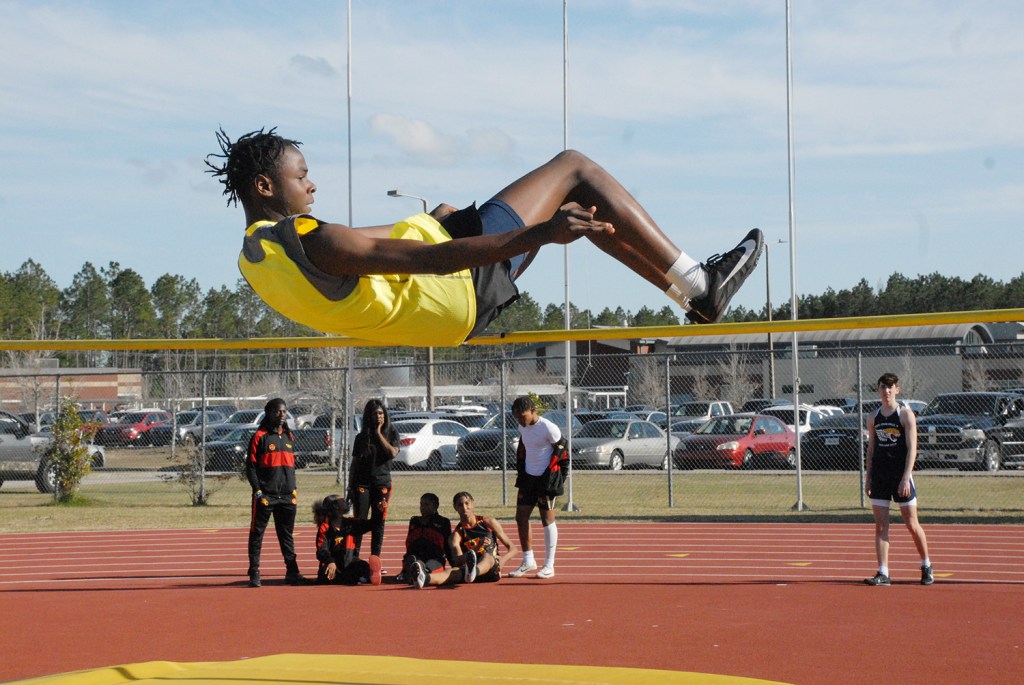 DAILY NEWS PHOTO/Chris Kinkaid Bogalusa’s Aquinas Roberts clears the bar in the high jump at the Jim Camhout Invitational that was held on Thursday at Lakeshore and was hosted by Northshore.

MANDEVILLE — Pine’s Averyon Wiley came in fourth place in the long jump at the Jim Camhout Invitational 2022 that was hosted by Northshore and held at Lakeshore on Thursday.

Bogalusa and Pine were the local teams in the meet that had about 20 teams.

Bogalusa’s Aquinas Roberts and Holmes were fifth and 12th in the high jump after clearing the bar at 5-10, 5-2. Slidell’s JaHyde WIlliams won at 6-4.

Two individuals came in eighth for Bogalusa in Desmond Ramirez and Jackson.

Desmond was eighth in the triple jump, while Jackson came in eighth for the discus with distances of 35-2 and 92-8.

Teammate Roberts was 10th in the triple jump at 34-10, while Nigel Caldwell placed 15th in the discus with a distance of 80-0.

Bogalusa will compete again on Saturday at the Pass Christian Invitational in Mississippi, while Pine’s next meet will be on April 7 at Southeastern Louisiana University.