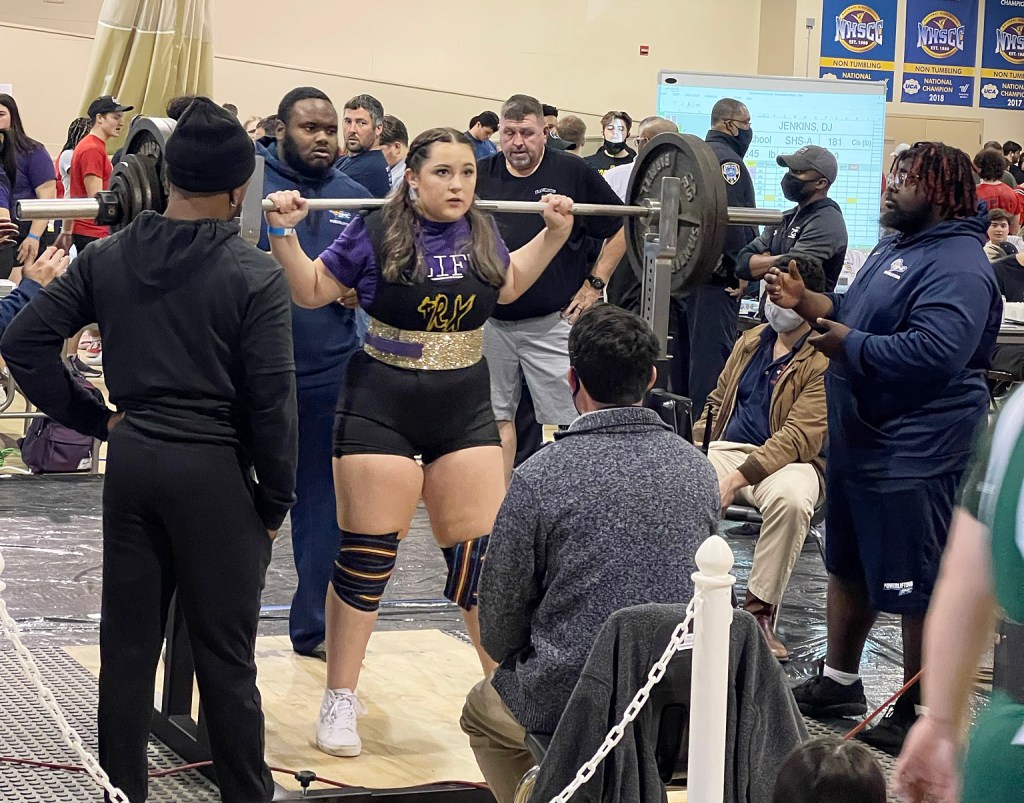 COURTESY PHOTO Franklinton’s Tate Landry deadlifts at a meet this year. She is one of the many local powerlifters headed to the University of Louisiana at Monroe to compete for a state title.

Franklinton and Pine’s powerlifting teams will be well represented at the state meet that will be held Thursday to Saturday at Fant Ewing Coliseum on the campus of the University of Louisiana at Monroe.

Pine has two at state in Anna Arceneaux and Brianne Pittman.

Landry is the top seed in Division II for the 198-pound weight class.

Magee enters as the third seed in the 220s.

Duferene, Roshto and Dong are No. 4 seeds. Duferene is the fourth seed in the 97s, while Roshto is in the 123s and Dong competes in the 132s.

Franklinton’s girls will compete on Friday.

Pine is in Division IV.

Arceneaux comes into the meet as the fourth seed for the 114s.

Pine is lifting on Friday.

Waliagha, Magee and Jenkins are the top seeds. Magee is in the 181s, while Jenkins competes in the 198s and Waliagha in the 220s.

Franklinton’s boys will be competing on Saturday.

Galloway is the No. 3 seed in the SHW.

Three lifters are headed to state for Pine, including A.J. Caillouet, Braeden Arceneaux and Kole Miller.

Arceneaux is the top seed for the 123s.

Caillouet is the sixth seed in the 114s.

Pine’s boys will compete on Thursday.

State qualifying was done through regionals.

Franklinton and Pine were in the South Regional that was held last month at Covington High School.

To reach state, the lifter had to either win their weight class at the regional meet or come in the top 10 of their division, but when somebody won their regional, that counted as a spot toward state, so if somebody from a Division I school won at regionals, there were nine spots left for state. There were six regions.