Sheriff: Woman charged with attempted murder after assaulting man, running him over with vehicle 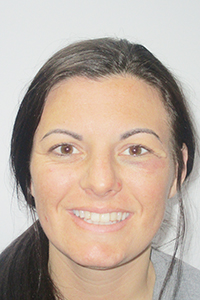 Tiffany Spears, 31, a resident of Choctaw Road, has been jailed on charges of attempted second-degree murder and domestic abuse with aggravated assault, according to Chief Criminal Deputy Mike Haley of the Washington Parish Sheriff’s Office.

“Spears was arrested on (Thursday), March 10, by WPSO deputies who responded to a report of the assault,” Haley said. “Deputies learned that Spears had assaulted a former boyfriend with an ax handle and then intentionally ran over him with her vehicle. The victim was treated on the scene by Northshore ambulance personnel and then transported to a hospital, due to the extent of his injuries.”

“Unbridled emotions always lead to a negative outcome,” Seal said. “Domestic violence is a serious problem nationwide and Louisiana law requires that Spears appear in front of a judge before bond can be set. I hope she realizes the seriousness of her reckless behavior and is prepared to accept the consequences. Now is an excellent time for her to chart a path to becoming a more responsible person.”