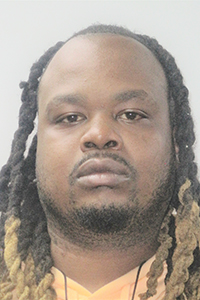 On Thursday, March 10, a Washington Parish Sheriff’s Office patrol deputy observed a Bogalusa man who drove through a red light at the intersection of Superior Avenue and Cumberland Street, according to WPSO Chief Criminal Deputy Mike Haley.

Haley said that the deputy made a traffic stop and encountered Dehenric Bickham, 29, a resident of Kentucky Avenue, who was in possession of a quantity of an illegal drug along with a legal weapon in plain view inside his vehicle.

“A weapon, combined with illegal drugs, is not a good mix,” Washington Parish Sheriff Randy Seal said. “The pistol was neither stolen nor concealed; however, an illegal drug was present. One can only speculate on his need to have both in the vehicle. Our deputy did a good job and I commend him.”