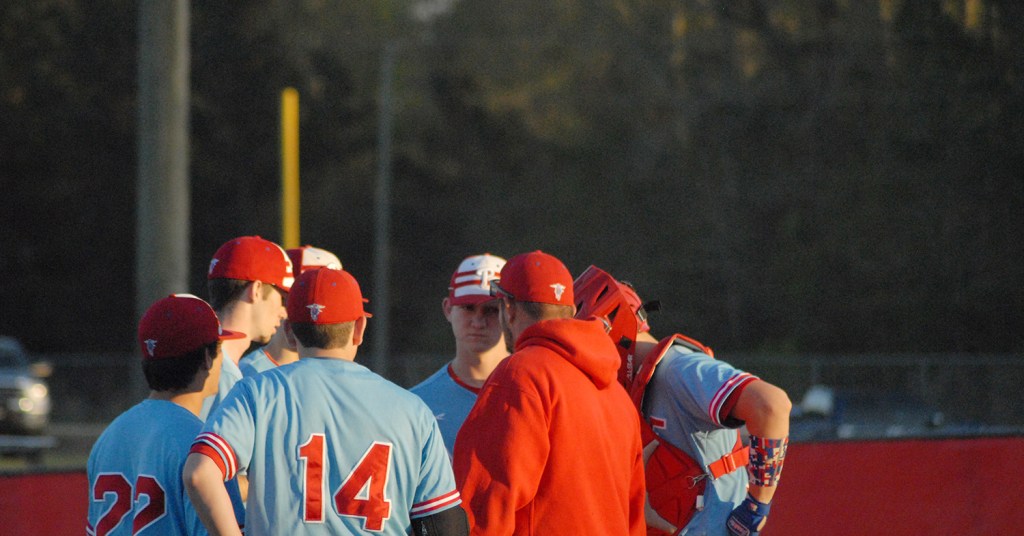 DAILY NEWS FILE PHOTO/Chris Kinkaid Pine coach Blake Dillon holds a mound visit. Pine is one of the sites of the Franklinton Tournament.

The 2022 Franklinton High School Tournament will take place from Thursday to Saturday at Franklinton and at Pine.

The event will feature three local teams in Franklinton, Pine and Bogalusa.

Games will start at 4 p.m. at both places the first two days and 10 a.m. on Saturday.

Both venues will have two games tomorrow and Friday.

On Thursday, the first game at Franklinton will be Pearl River against Walker with Franklinton and Poplarville out of Mississippi in the second contest at 6:30 p.m.

At Pine, Northlake Christian School and Jewel Sumner will take the field in the first contest with Pine and French Settlement to follow at 6:30 p.m.

On Friday, Jewel Sumner and French Settlement will play at 4 p.m. at Franklinton with Franklinton and Walker in the next game at 6:30 p.m.

Pine’s contests will feature Bogalusa and Northlake Christian School at 4 p.m. with Pine and Poplarville starting at 6 p.m.

At Franklinton, Walker will be playing in the first two games against Northlake Christian School and Jewel Sumner respectively. The final contest will be Franklinton and French Settlement. 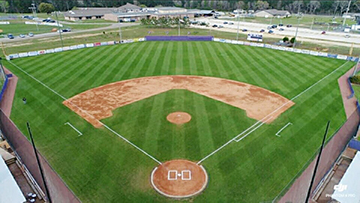 COURTESY PHOTO
Pictured is Franklinton’s baseball field, which is one of the hosts of the Franklinton Baseball Tournament that will run from Thursday to Saturday.