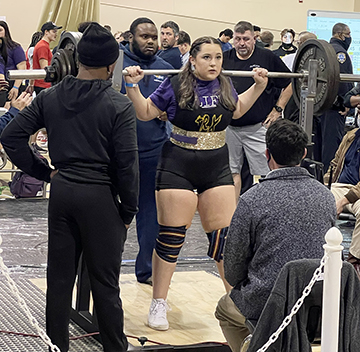 Franklinton’s Tayte Landry is a top seed at state and 11 girls powerlifters from Washington Parish are headed to the state meet later this month.

Nine lifters from Franklinton and two more from Pine reached the state meet.

To reach state, the lifter had to either win their weight class at the regional meet or come in the top 10 of their division, but when somebody won their regional, that counted as a spot toward state, so if somebody from a Division I school won at regionals, there were nine spots left for state. There were six regions. Franklinton and Pine were in the South Regional that was held at Covington High School.

The state meet will be held March 24-26 at the Fant Coliseum at the University of Louisiana at Monroe.

Dufrene, Roshto, Dong and Arceneaux are No. 4 seeds in their weight classes.