Several locals were all-district in 10-2A 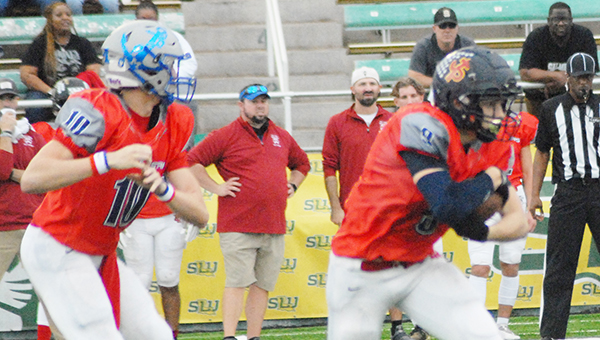 Pope John Paul II’s George Arata, a Bogalusa resident, runs the ball in an all-star game. Arata was one of three Bogalusans named to the all-district team for District 10-2A.

Several Bogalusa residents are all-district players in the 10-2A league.

Arata, who is a running back, is a first-team all-district player.

Culpepper is an offensive lineman and is a second-team player.

McDaniel was fourth on the team in tackles with 59 and second on the Jaguars with nine tackles for a loss. McDaniel also forced a fumble and recovered a fumble.