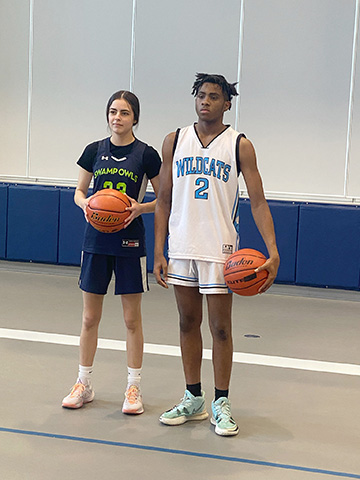 COURTESY PHOTO Varnado’s Dameon Roberts Jr. captured a 3-point contest at Discovery Christian School on Saturday. The winners from the contest are pictured. Roberts is shown on the right.

Roberts reached the finals with five competing and won, 14-13.

Players had one minute to attempt 16 shots.

Four players advanced with one coming from each region. The regions were the north, south, east and west. Roberts is in the east.

The all-star game will be held on March 19 at Louisiana College in Pineville.