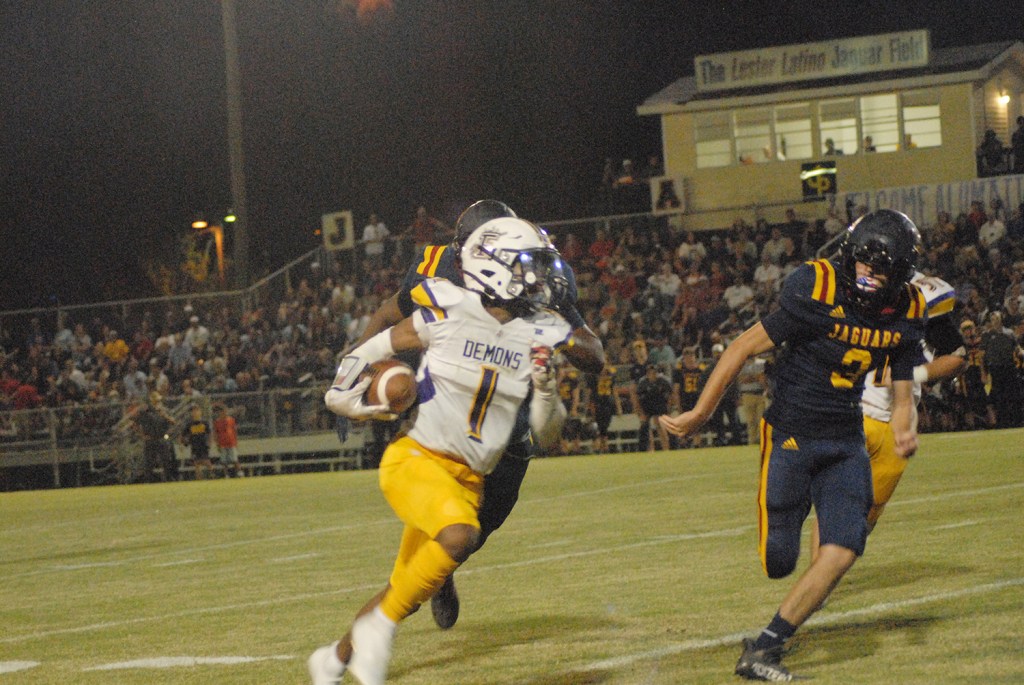 Five Franklinton players took six spots on the top all-district team for the 9-4A league.

This season, Waliagha led the team in tackles with 119. He made three sacks, defended a pass, recovered a fumble and forced a fumble. Waliagha also ran for three touchdowns.

Gross was second on the Demons in stops with 110. He tallied three sacks, intercepted a pass, defended a pass, recovered five fumbles and caused three fumbles.

Anders threw for 1,348 yards with 14 touchdowns and three interceptions. He also ran for 364 yards and five touchdowns.

Colletti made all four of his field goals that included a school record 44-yard field goal. He also made 35 of his 37 extra points.

Three more Demons made up four spots of the second team.

Franklinton’s second-team players are wide receiver Micah Hart, tight end D’Michael Ward and Sequalon Conerly, who made it at defensive back and running back.

Ward made 15 tackles, defended a pass and caused a fumble.

This season, Franklinton made the playoffs as the 23rd-seeded team. The Demons were defeated by No. 10 and regional round team Lakeshore, 62-31. Lakeshore lost to seventh-seeded and quarterfinalist Cecilia, 44-37.

Besides Gross and Waliagha, the linebackers are Salmen’s Rashard Shepard and Lakeshore’s Jared Roberson.

Besides Daniels, Lirette and Ziegler, the first-team receiver is Salmen’s Davonti Landry.

Moving to the second team, the defensive linemen are Salmen teammates Lawrence Looney and Derrin Webb and Lakeshore’s Jaden Clark and Antoine Labostrie.

The quarterback is Salmen’s Jack Gillikin.

Besides Hart and Hardison, the rest of the wide receivers are Lakeshore’s Jaden Wells, Pearl River’s Kalib Rayford and Salmen’s Cameron Dorsey.

Salmen reached the playoffs as the eight-seeded team, but was defeated by No. 25 and regional round team Plaqueminem 41-27.

Pearl River was the No. 29 team, but lost to fourth-seeded and quarterfinalist Northwood of Shreveport, 46-6.