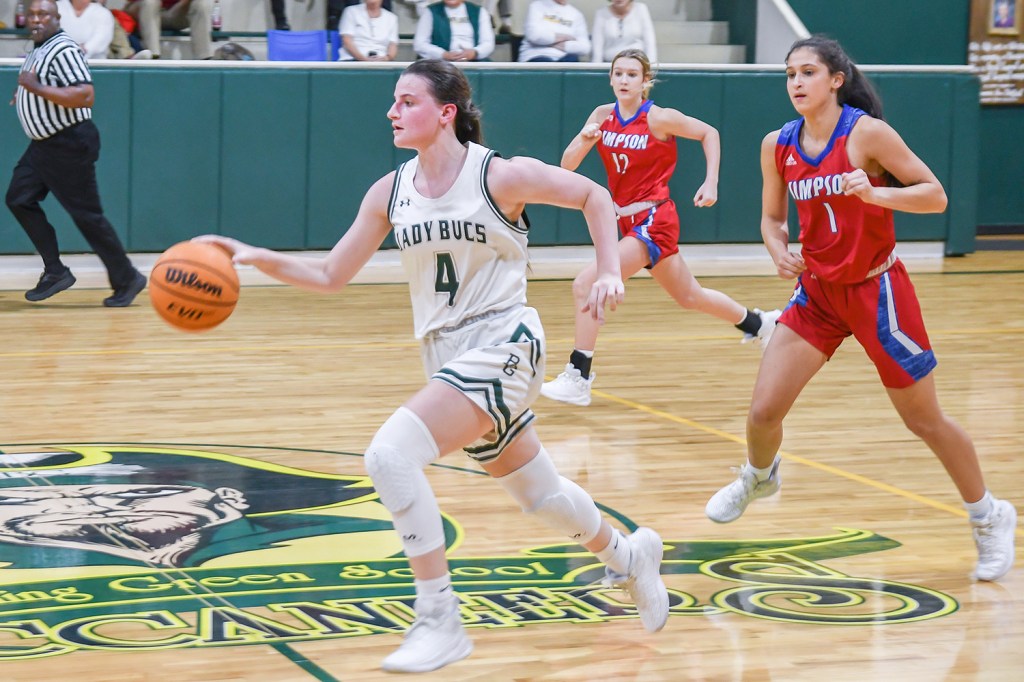 Bowling Green School’s Lady Buccaneers came up just short of winning the 2022 South 5A Basketball Tournament on Saturday in a 33-31 contest against Central Hinds Academy at Copiah Academy.

Bailey Devall led Bowling Green in points with nine that included a 3-pointer. Devall pulled down four rebounds, dished out an assist, blocked a shot and made a steal.

Anna Claire Crowe had three points and a steal.

Peyton Dupuy pulled down a rebound and passed for an assist.

Bowling Green reached the title game with wins on Feb. 8 and Friday.

Friday’s game was a 35-26 win over Copiah Academy.

Bailey Devall led Bowling Green in points with 19 on 7-of-14 shooting and she made a 3-pointer. Devall had three rebounds, a block and two steals.

Wascom recorded three points on a 3-pointer to go with six rebounds and four steals.

The game on Feb. 8 was a 53-27 victory over St. Joseph Catholic School of Madison.

Three Bowling Green players made the all-tournament team, They were Seal, Bertrand and Bailey Devall.

The top four teams move on to the 2022 Class 5A Basketball Tournament.