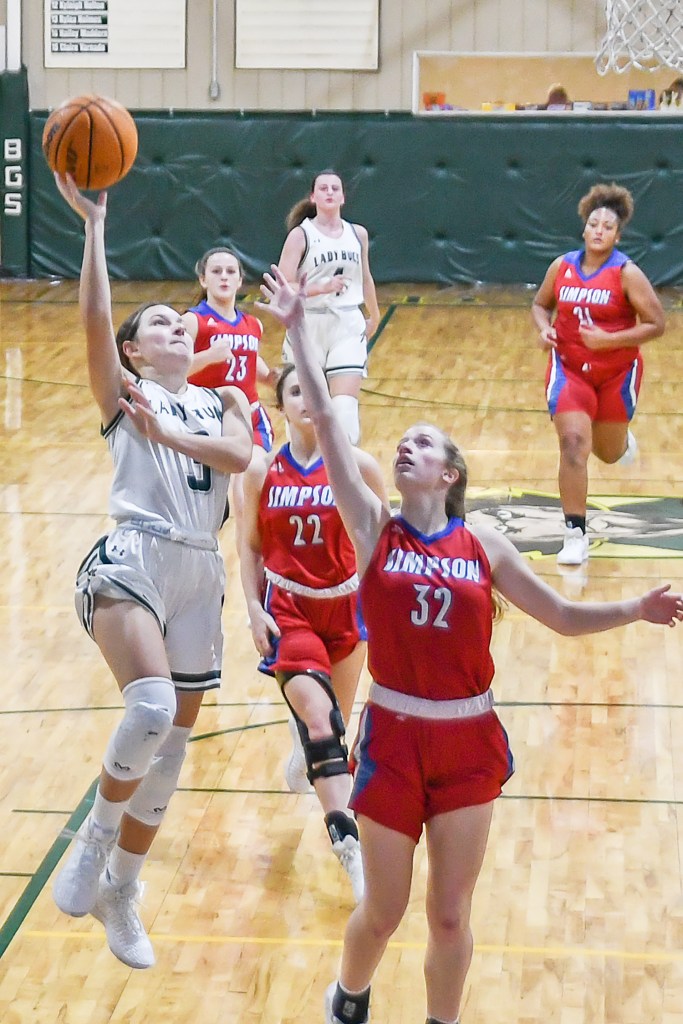 COURTESY PHOTO/Terryl Hicks Bowling Green’s Peyton Dupuy goes up for a shot in a game earlier this season.

Bowling Green School’s Lady Buccaneers began the 2022 South 5A Basketball Tournament with a 53-27 victory over St. Joseph Catholic School of Madison on Tuesday at Copiah Academy.

Anna Clarie Crowe posted 10 points, as she made all three of her shot attempts that included a 3-pointer. Crowe pulled down three rebounds and made two steals.

Bridget Devall tallied 10 points after making all five of her shots to go with two boards and two steals.

Bailey Devall tallied five points that included a 3-pointer with five rebounds, five assists, a blocked shot and a steal.

Peyton Dupuy had four points and an assist.

Hope Crowe recorded three points on a 3-pointer with a rebound.

Bowling Green plays Copiah Academy on Feb. 11 at 6:30. The winner will play for the title on Saturday, Feb. 12 at 3:15 p.m. The top four teams advance to the Class 5A Tournament.