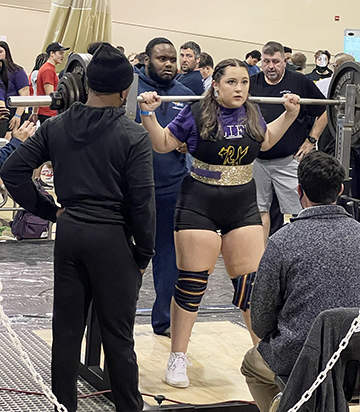 This was the first time Franklinton has ever won a powerlifting meet.

Jenkins competes in the 198s.

The bronze winners were Andre Callais and Kevion Ginn.

The girls side of the powerlifting team had four bronze medals, one silver medal and two gold medals in a third-place finish.

Arrielle Magee was the silver medalist.

Argualles lifts in the SHW division.

Spears competes in the 114s.

Miller is in the SHWs.

Franklinton had 23 lifters at Salmen and 14 received a medal.

On the boys side, J.T. Beckett and Nathan Chimento and Chase Chimento had totals of 725 pounds or more.

Franklinton will compete again in the regionals at Covington.

Mt. Hermon School, Varnado split games against each other