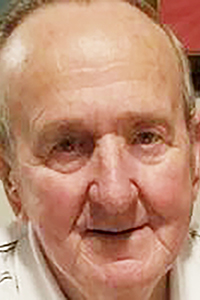 Tommy Sorrell was born on July 9, 1938, in Mississippi, where he was reared before his family migrated to Louisiana. There, as a young boy, he encountered who would become the absolute love of his life, Aline Hobgood. He grew into a man that met no strangers. He wanted to serve his country, so he left and served in both the U.S. Army and then the U.S Navy. He was from humble beginnings, so he desired to return to his roots. Once home, he reconnected with Ms. Aline and a world wind romance ensued. Aline Hobgood gave her hand in marriage to this young sailor whom she’d known as a young boy. He was determined, passionate, and turned out to be a solid family man. Together, they had four daughters who remained the apples of his eye. He always bragged about the accomplishments of his daughters, and he was thrilled when they gave him four grandsons and three great-grandsons. He loved spending time with family. He also enjoyed the time he spent with his many friends. He was a country boy at heart, so he enjoyed fishing, farming and hunting. His whole life, he worked with his hands to provide for his family; he loved nature and enjoyed the outdoors. To know him was to adore him. His voice was distinctive, and everyone knew when he was in the room. If anyone encountered him, they have a story about him. He was a true rugged gem, and his legacy will live on.

Tommy Sorrell will be missed, but he is now soaring in glory. Pallbearers will be his grandsons, Matthew Durand, Ryan Durand, Jared Saltaformaggio and Jessie Joseph Sorrell; his honorary son, Eric Harris; and his nephew, Keith Penton. Honorary pallbearers will be the members of the American Legion Post 24’s Military Honor Guard, who shall perform full military rites.

Visitation will be held Saturday, Jan. 29, at Poole-Ritchie Funeral Home from 10 a.m. until the time for the service at 2 p.m., with Bro. Marcus Rosa officiating. Interment will follow at Hillview Memorial Gardens.