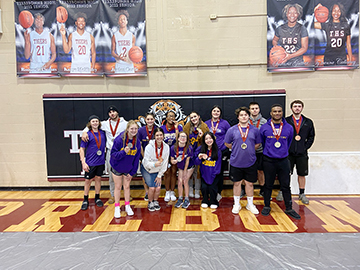 Franklinton’s Jaylin Magee and Shelton Jenkins along with Pine’s Braeden Arceneaux won their weight classes and Ty Creel was the top lifter on the light platform at the Battle on the Bayou Invitational Powerlifting Meet that was held on Saturday at Terrebonne High School.

In addition to Penny and Creel, two more locals came in second, including Pine’s Kole Miller and Franklinton’s Khaled Waliagha.

In the 242.5s, Franklinton’s Easton Smith and teammate Nathan Brillinger were fifth and sixth.

Franklinton’s William Womack was seventh in the SHW division with a 340. He squatted 130, benched 115 and deadlifted 205. Teammate Kaden Boone benched 185 and deadlifted 325. South Terrebonne’s Samuel Truitt won with a 1,255. 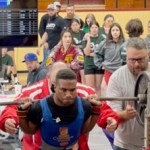