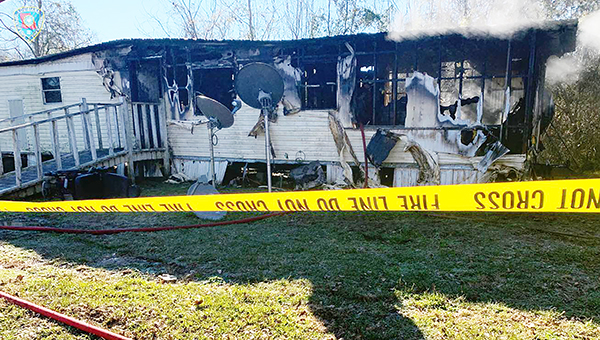 Louisiana Office of State Fire Marshal (SFM) deputies are investigating a fire in Franklinton that led to the death of an elderly woman, who was unable to escape the fire due to a disability.

Firefighters were called to the 45000 block of Jamieson Creek Road at about 4 a.m. Sunday for a report of a mobile home fire with an occupant inside and unable to escape, according to SFM officials.

Unfortunately, the elderly female victim died before she could be rescued. While official identification and cause of death are pending with the coroner’s office, the victim is believed to be the 51-year-old homeowner.

Following an assessment of the scene, deputies determined the fire began in the bedroom where the victim was located. While the official cause of this fire remains undetermined at this time, SFM investigators are unable to rule out the possibility of an electrical malfunction due to improper and/or aged wiring.

While this investigation is still early and a cause has not been determined, SFM officials noted that temperatures in the area were in the upper 20s/lower 30s Saturday night, leading many families to turn to various heating sources to stay warm.

The SFM wishes to stress to residents to please practice safe home heating with the following tips: