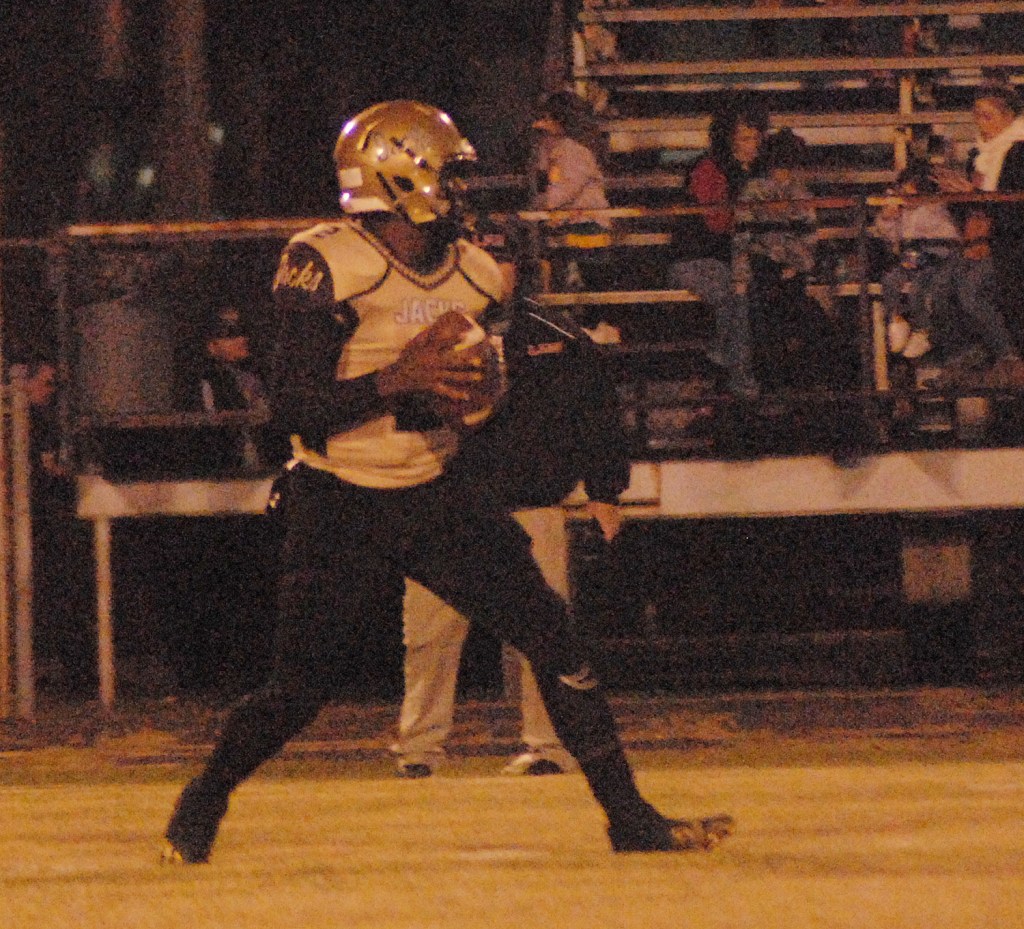 DAILY NEWS PHOTO/Chris Kinkaid Bogalusa’s Ashton Levi looks to throw in a game in a game this season. Levi is the District 8-3A Offensive Most Valuable Player.

Bogalusa’s Ashton Levi has been named the District 8-3A Offensive Most Valuable Player and Lumberjacks coach Cyril Crutchfield is the league’s Coach of the Year.

This season, Levi, who is a sophomore, threw for 2,914 yards with 31 touchdowns and nine interceptions. Levi also got the job done on the ground, running for 776 yards and 14 touchdowns.

“When we first started playing this season, I wasn’t here for that,” Levi said. “I was here to win games. It’s all about positioning ourselves right for the playoffs.”

Levi said that he doesn’t play to be the MVP, but because he loves the game.

“I play because I love the game. That’s just something to say that Ashton Levi got. I play for bigger stuff than that. I want to play for a state championship. It’s good though. I appreciate the coaches voting me MVP,” Levi said.

Crutchfield led Bogalusa to a District 8-3A title after going 4-0 in league play. Bogalusa reached the second round of the playoffs before being defeated by Lutcher, 54-26, to cap off a 7-3 year in his first season with the team.

“Me winning coach of the year is about what the kids were able to accomplish on the field,” Crutchfield said. “That shows the accomplishment they were able to attain. I’m only as good as they are. They should give that award to the kids.”

The defensive Most Valuable Player is Jewel Sumner’s Keydrann Tate.

Williams ran for 478 yards and four touchdowns this season. He also caught 18 passes for 396 yards and five scores.

Manning made 74 tackles with 52 solos, a sack, four for a loss and he recovered a fumble and intercepted a pass.

Zeno posted 73 tackles with 50 solos, one for a loss and a sack.

Magee had 30 tackles and 19 solos with two passes defended and two interceptions.

Ratliff tallied 30 tackles, 19 solos, four for a loss and a safety.

Mclemore posted 19 tackles, 11 solo stops, four for a loss and an interception.

Magee made 32 stops with 26 solos and an interception.

Burton had 38 tackles, 28 solos, a sack, four for a loss, an interception and a forced fumble.

Jackson posted 19 tackles with 15 solos, two for a loss and an interception.

Zeno recorded eight stops, four solos and a tackle for a loss.

Moving to the non-locals that made first team, the rest of the running backs are Jewel Sumner’s Brandon Self and Loranger’s Bryce Vick.

Besides Zeno, the rest of the defensive linemen are Archbishop Hannan’s Corey Charleston, Loranger’s Davoris Ard and Jewel Sumner’s Tate.

Moving to special teams, Loranger’s Beau Landry is the kicker, while Archbishop Hannan’s  McKaden Thompson is the punter and Jewel Sumner’s Darren Thomas is the return specialist.

The running backs besides Alonzo are Loranger’s Eli Johnson, Albany’s Antonio Lopinto and Jewel Sumner’s Brennan Self. Self is also a second-team all-district defensive back.

The athlete is Albany’s Jeremiah Doherty.

Besides the Bogalusa teammates and Kernard, Jewel Sumner’s Michael Lee is a second-team all-district defensive lineman.

Four players are second-team defensive backs with the one player that has not been mentioned being Archbishop Hannan Braden Neal.

Besides Burton, the flex is Loranger’s Ashton Morris. 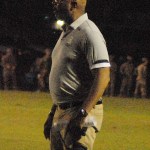