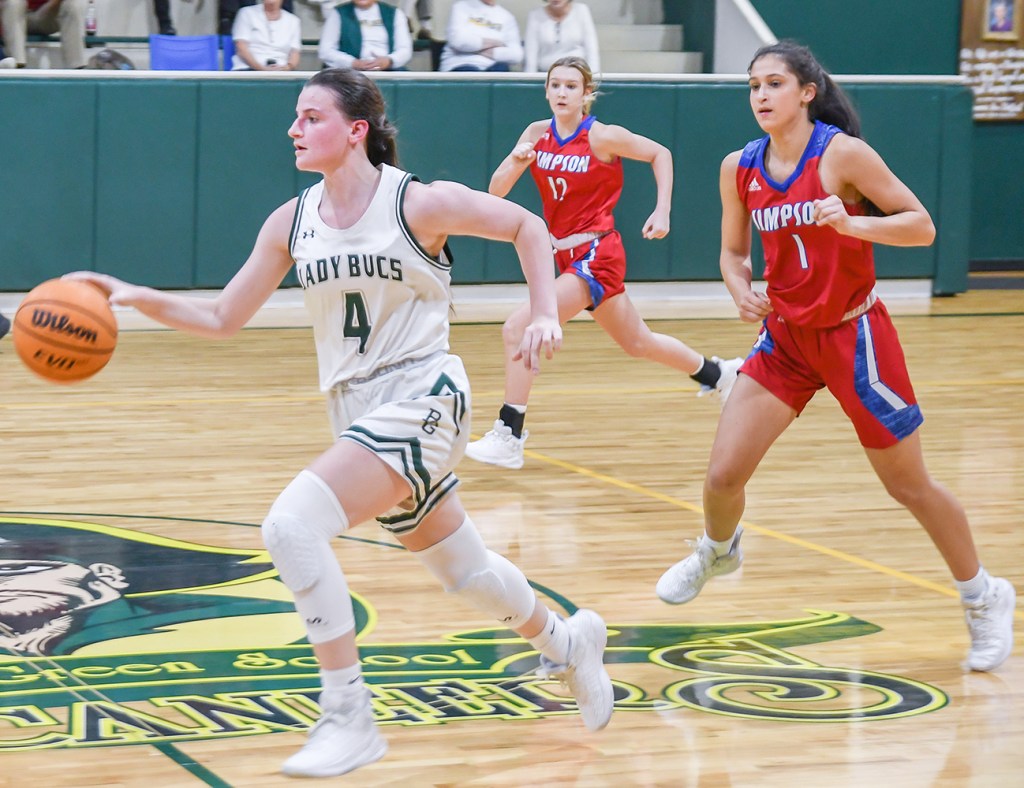 COURTESY PHOTO/Terryl Hicks Bowling Green School’s Bailey Devall dribbles the ball up the court in a game this season. Devall scored 25 points with nine rebounds, five steals and an assist on Tuesday against Oak Forest Academy.

Bowling Green School’s Bailey Devall had a big night in a 60-38 victory over Oak Forest Academy in a game that was held on Tuesday at home.

Devall scored 25 points that included a 3-pointer. Devall made six of her seven free throws. She grabbed nine rebounds, made five steals and dished out an assist.

Bridget Devall recorded 12 points on 6-of-10 from the floor and four rebounds.

Chloe Bertrand posted 11 points on 4-of-8 from the field with a three pointer, three rebounds and a steal.

Anna Claire Crowe had one point, four rebounds, an assist and two steals.

Peyton Dupuy pulled down two rebounds and made two steals, while Hope Crowe and Kate Penton both had one board.

Bowling Green School’s next game will be on Tuesday against Silliman Institute on the road.