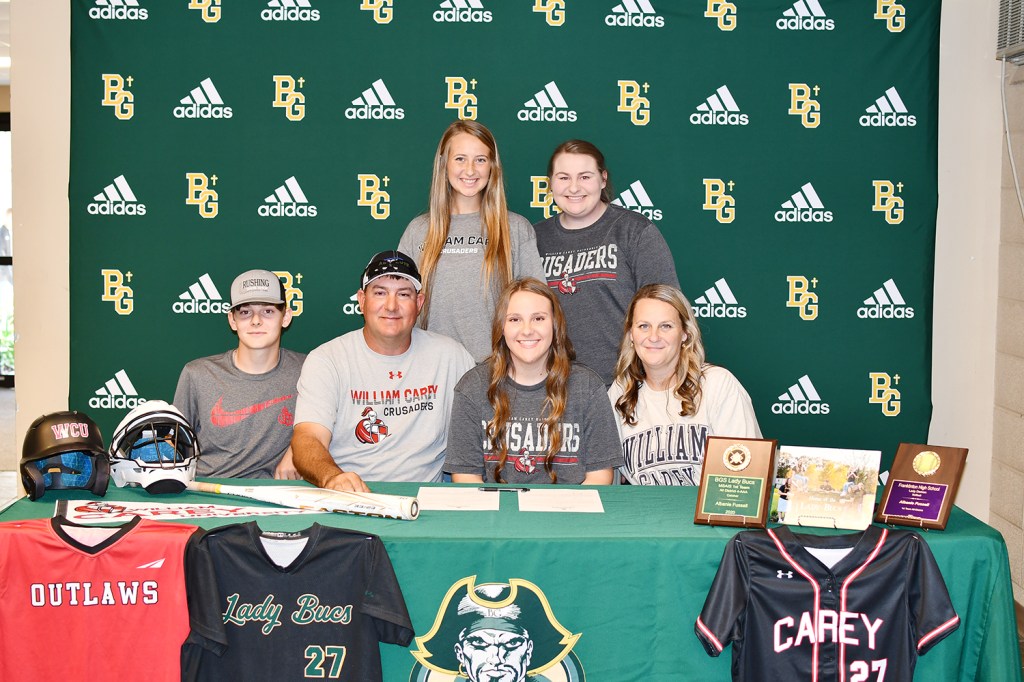 Bowling Green School’s Albanie Fussell has signed a letter of intent to attend William Carey University and to play softball for the Lady Crusaders.

“When I first met (assistant) coach Rodney (Williams), I was really intrigued,” Fussell said. “I knew that this was probably the school I was going to go to. When I stepped on campus for the tour, I knew that was the place I needed to be.”

Fussell, who is a catcher, talked about her excitement about going to William Carey University.

“This has always been a dream of mine, so it’s always exciting for my dreams to come true,” Fussell said.

Fussell spoke about her strength.

“Being able and aware of everyone’s strengths and weaknesses because with that, I can kind of tell how they’re feeling in each situation,” Fussell said.

Fussell went to Franklinton before going to Bowling Green. Besides playing softball, she played volleyball for two years.

“I feel like William Carey is the perfect fit for her,” Bowling Green School coach David Hood Burris said. “Not only is it a great softball program, but it’s an hour and 15 minutes from home so her parents can juggle having two daughters playing college softball (Aleigha at BRCC) and getting to see them play. She’s the hardest working kid I know and this is just years of her hard work paying off. We will definitely miss her behind the plate and her consistency on offense.”