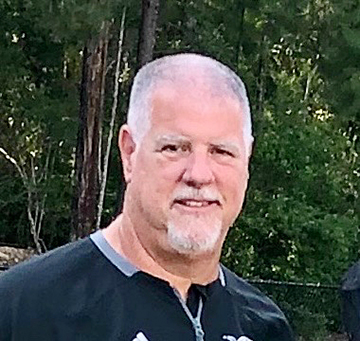 “I’ll be taking over for the upcoming season,” Junkins said. “We are extremely excited about the opportunity as a coaching staff to work with these young men. If we were to start today, we would have 38 football players on the roster, which is a great number for us. I’ll try to handle the offensive side of the ball and Dean King will handle the defensive side. Dean is a phenomenal young coach and is a hard worker. We are already working on next season in the weight room.”

Junkins, who is also the school’s principal, will continue in that role.

Junkins started his coaching career at Meadowview Christian School in Selma, Ala. in 1993.

He got his first head coaching experience that year, as the powerlifting coach and junior high school baseball coach. That year, they won a state title in powerlifting.

After that, he went to Jackson Academy in Jackson, Ala. before moving to Franklinton in 1995 where he has been ever since.

This is his second time being the school’s head football coach.

Junkins was the offensive coordinator for Bowling Green’s 1997 state title. He took over as the coach the following year and was the head coach for two years.

In 1998, the football team was defeated in the South State Championship game.

“It’s a great school and a great bunch of folks and we’re excited about bringing that football tradition back,” Junkins said.