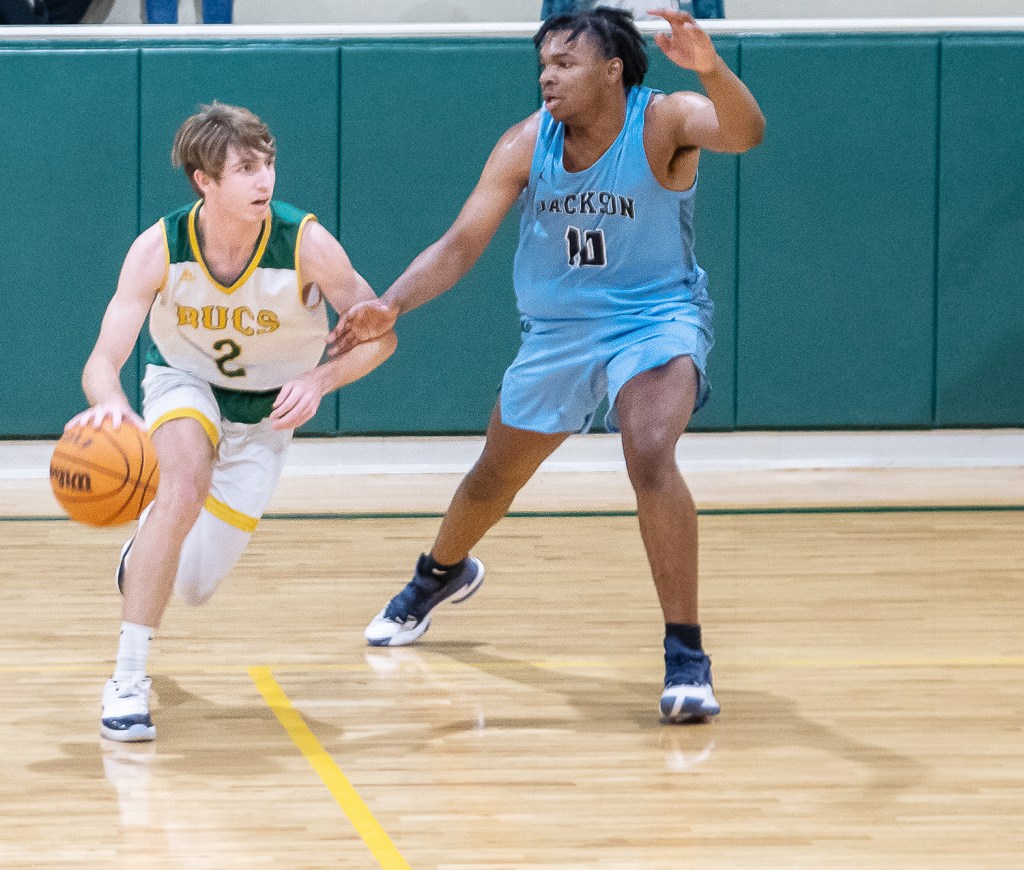 COURTESY PHOTO/Terryl HIcks Bowling Green School’s Will Hollywood possesses the ball in a game this season.

Bowling Green School’s Buccaneers were defeated by Lamar Christian School and Parklane Academy in games that took place on Thursday and Friday.

The game on Thursday was a 54-38 loss to Lamar Christian School on the road.

The next day was a 58-44 loss against Parklane Academy.

Jenkins led the Buccaneers with 13 points.

Bowling Green’s next game will take place on Thursday against Amite School Center on the road.