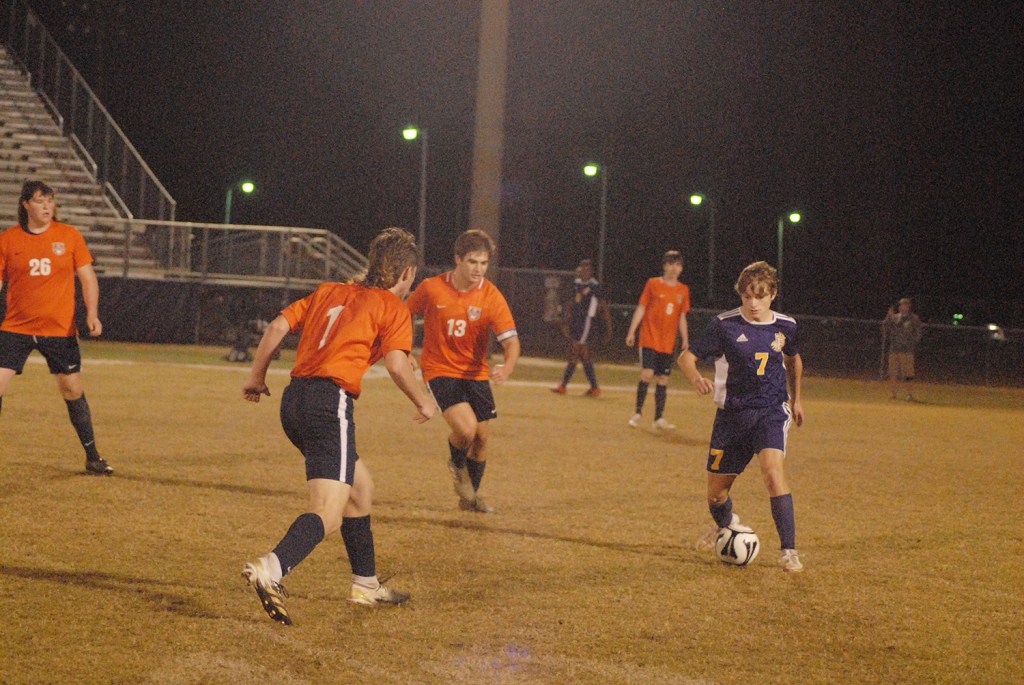 Franklinton was defeated by Covington on Tuesday, but rebounded with a shutout win over Sarah T. Reed on Thursday.

Franklinton’s game on Tuesday was an 8-1 loss on the road.

On Thursday, the Demons won against Sarah T. Reed, 4-0 at home.

Timarion Partman posted a shutout in net for the Demons.

“Our athleticism was evident tonight,” Franklinton coach Nate Murray said. “Cole having a hat trick, all in the second half, after a frustrating first half, showed his resilience. He spoke to the team prior to the game on that exact topic. He took ownership at the half for his lack of execution and frustration.”

Murray said that Franklinton had between 15 and 20 legitimate shots on goal.

He said that Lavigne, Colletti, Ian Beltran and Crishun Singleton had several good combinations together.

“I’m extremely proud of these guys for battling through the frustrations and doing what it took to come out victorious tonight,” Murray said. “We talk about winning in every aspect of life. Tonight, it was on the field.”

Franklinton’s next game will be on Saturday, Dec. 11 against Metairie Park Country Day on the road.