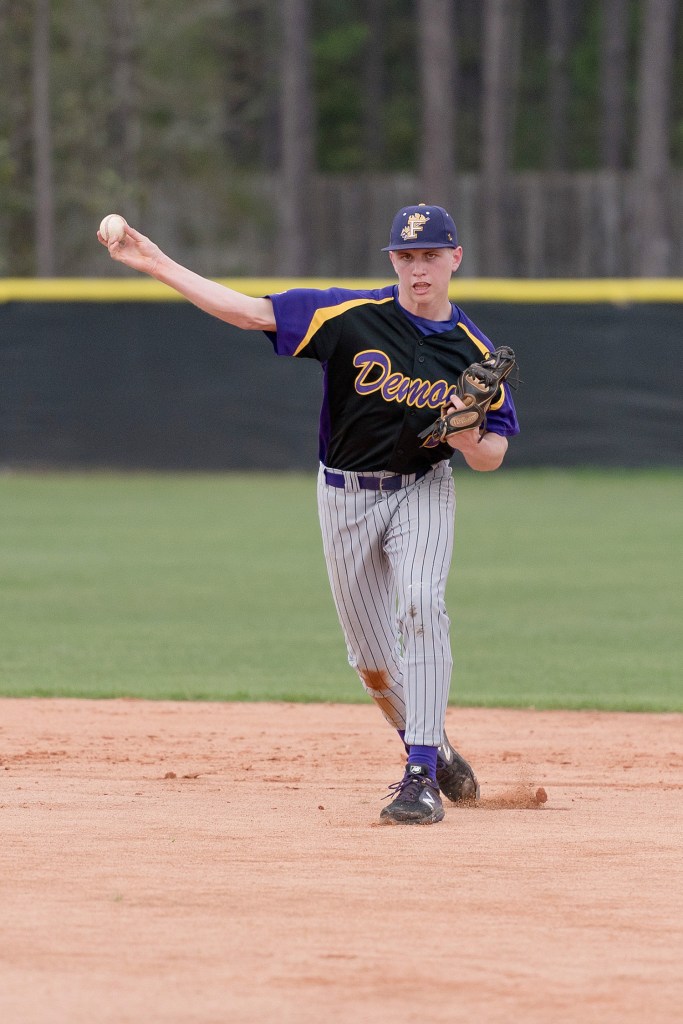 Franklinton’s Micah Wascom prepares to release a throw. Wascom has committed to the University of Southern Mississippi.

Franklinton’s Micah Wascom has verbally committed to the University of Southern Mississippi to play baseball for the Golden Eagles.

“A lot of people think I did it too early, but I think it’s the right fit,” Wascom said. “I like the pitching coach (Christian Ostrander). He’s a really good developer. I like the atmosphere of Pete Taylor Park. Everything fits me there.”

Wascom said he is very excited about going to USM.

“I kept up with them last year and I’ll do the same this year,” Wascom said. “It seems like they’ve got a lot of really good arms. I think they’ll make it really far.”

Wascom, who is a sophomore, has had a top speed of 90.

He throws a fastball, changeup and curveball.

At the plate, Wascom hit .321 with eight doubles, nine runs batted in and he was hit by a pitch nine times.

“Proud of Micah signing at Southern Miss,” Franklinton coach Jeff Tageant said. “USM is a great baseball school that competes at a high level. Their pitching coach (Christian Ostrander) has been very successful in developing pitchers with their velocity along with their pitchability. Micah is a very hard worker who is dedicated to baseball and will see a lot of success in the future.”