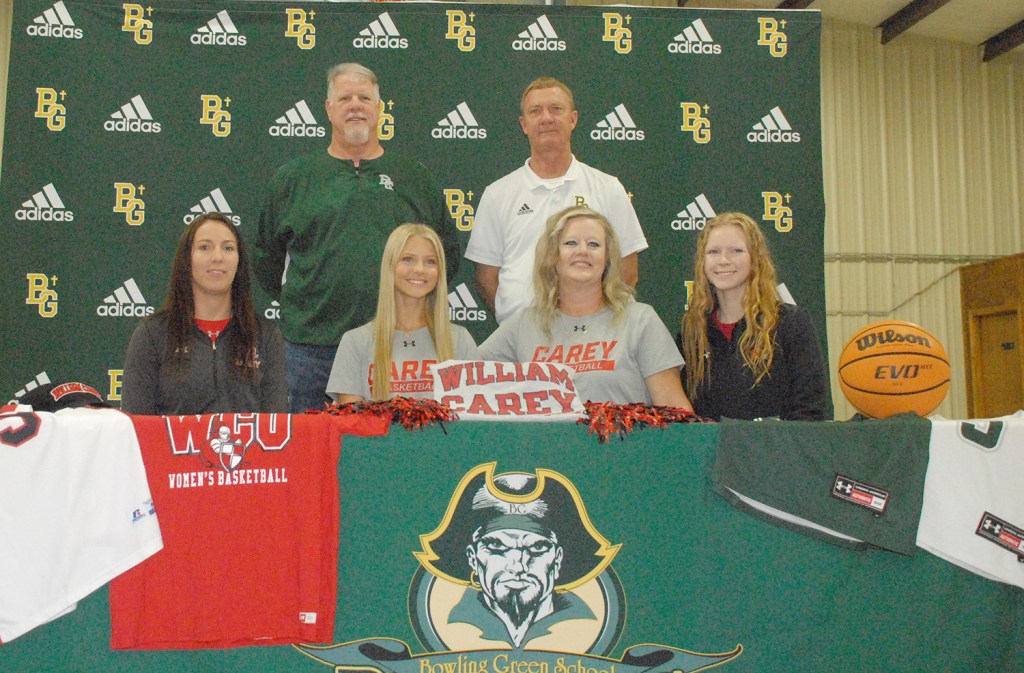 Bowling Green School’s K.K. Seal has signed a letter of intent to attend William Carey University and to play basketball with the Lady Crusaders.

“I just thought it was a really good school, a great opportunity to play with my sister (McKinley Seal) for once. I’ve never gotten to, so that’s really cool. It’s an amazing campus. I know so many people there, I just think it’s a great school,” Seal said.

Seal will get to play on the same team as McKinley for one year.

Seal has had plenty of accomplishments.

She has been the starting point guard since her freshman year.

She was a first-team all district and an all-South State Team player her sophomore year.

The next year, she was first-team all-district, an all-South State team player, all-State Tournament Team player and an all-MAIS Team player.

“She’s been our point guard for the last four years,” Bowling Green School coach Barry Seal said. “She’s played on the varsity basketball team since the eighth grade. She’s really developed her skills handling the basketball and shooting threes. She has definitely become a leader on the court and thus a big part of our success in the last few years. It’s going to be a blessing to have my two daughters playing on the same basketball team for the first time next year.”