The Lady Lions dominated early, building a match-high 15-point lead in the opening set thanks to six service aces, including a career-high four from freshman setter Gracie Duplechein.

A native of Springfield, Louisiana, Wilkerson enjoyed her best set of the evening in the second with five of her match-high 12 kills and a .444 attack percentage. In the final set, Wilkerson and Addie Vidrine contributed four kills apiece.

Scheduled for Nov. 18-21 in Houston, Texas, the Southland Tournament will be held at Sharp Gym on the campus of HBU. All eight Southland teams will participate in the single-elimination event.

SLU will match up with the winner of Wednesday’s first-round contest between No. 5-seeded UIW and No. 8-seeded New Orleans at 2:30 p.m. Thursday on ESPN+.

All membership fees and donations to both the Diggin’ It Club and S Club (volleyball) are available for the exclusive use of the Southeastern volleyball program. Membership information is available by contacting the Lion Athletics Association at laa@southeastern.edu or (985) 549-5091 or visiting www.LionUp.com. 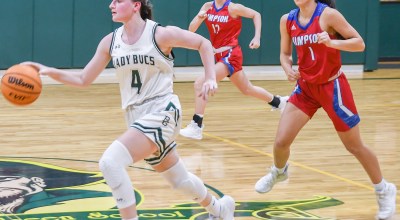