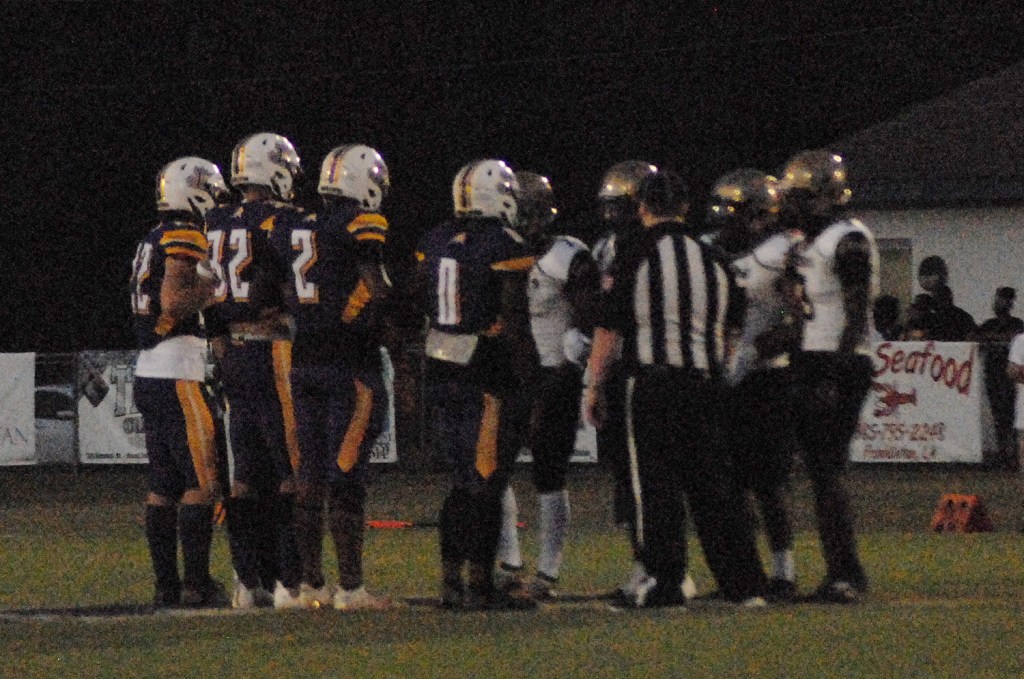 DAILY NEWS PHOTO/Chris Kinkaid Captains for Bogalusa and Franklinton meet at midfield for the coin toss prior to a game this year.

Three teams from Washington Parish, including Bogalusa, Franklinton and Pine are headed to the LHSAA state playoffs.

All games will be Friday at 7 p.m.

Bogalusa has the highest seed of the three schools, at No. 11.

The Lumberjacks’ first-round game will be against Jennings at home.

In Class 2A, 16th-seeded Pine will go against No. 17 East Feliciana.

Pine went 6-3 in the regular season. East Feliciana had a 4-5 mark.

Moving to Class 4A, Franklinton is the No. 23 seed. The Demons will face 10th-seeded Lakeshore on the road.