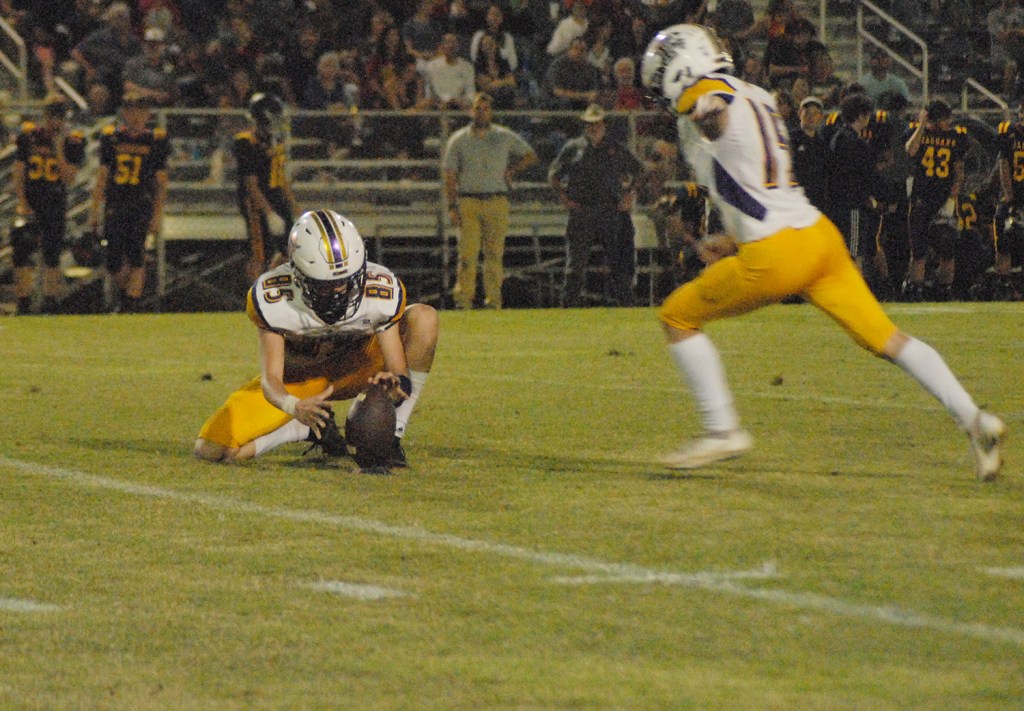 Franklinton is on the road for the first round of the Class 4A state playoffs as the Demons play against Lakeshore.

“Lakeshore is an opponent we are familiar with,” Franklinton coach Jonathan Barber said. “Our last game there was during the fair and it was probably our worst performance of the season. Our kids are excited to be back in the postseason, and we look forward to this challenge.”

The teams played each other on Oct. 22 with Franklinton being defeated 42-0.

Franklinton is 4-6 this year after winning their final regular season game over Pearl River, 38-28.

“We didn’t start the way we really wanted to, but we did respond immediately every time we were challenged,” Barber said. “We have to clean up the penalties because that’s really the only thing that kept them in the game during the first half, we had three long touchdowns called back. We played well in the fourth on both sides of the ball and that allowed us to get the win.”

In that game, kicker Cole Colletti set a school record when he split the uprights on a 44-yard field goal.

“Cole has been awesome for us all year,” Barber said. “I am proud of him. I told him at the beginning of the year he had a chance to be the best kicker we have ever had, and by him making that kick, it solidifies his value to us.”

Colletti also made all five of his extra points.

Kelly Daniels and Micah Hart had a rushing and receiving touchdown each. Defensively, Hart had an assist.

Khaled Waliagha ran for a touchdown. Defensively, Waliagha made three solo tackles and had seven assists.

Shelton Jenkins had five solos, an assist and a forced fumble.

Elijah Tate had a solo stop and three defended passes.

Senqualon Conerly had two solos and a pass defended.

Timothy Partman had an assist.