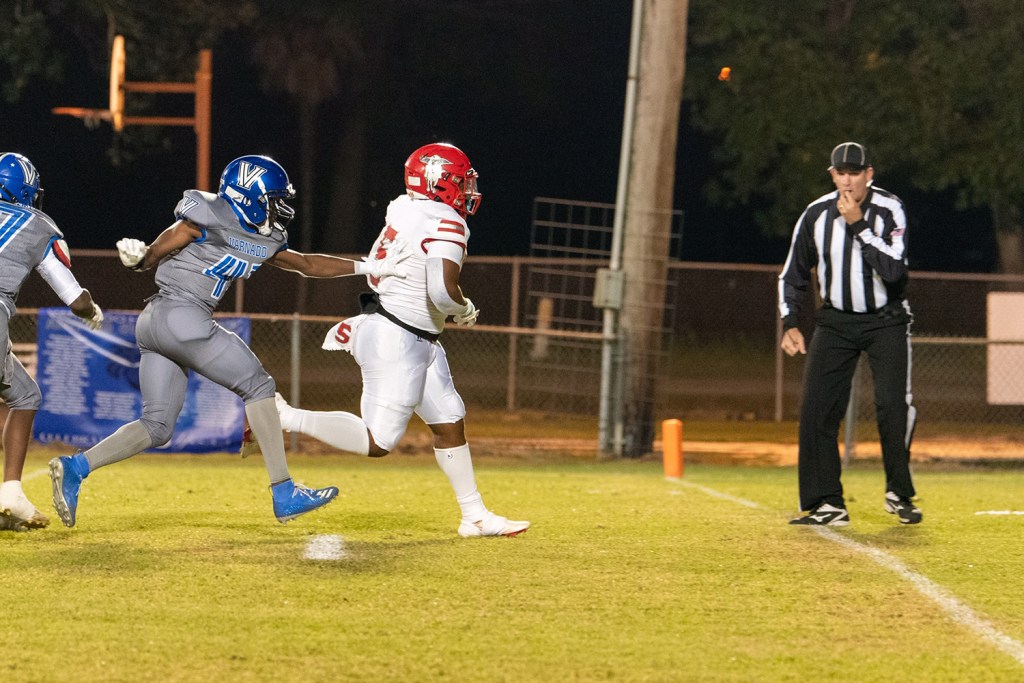 The Raiders took an early lead with two unanswered touchdowns in the first quarter.

In their second play of the game, quarterback Luke Spears handed off to Adrianuen Johnson at the Wildcats’ 28-yard-line. Johnson pushed through around the left side and put the first touchdown of the game on the board. Austin Warren kicked the extra point and put the score at 7-0.

Three minutes later, Spears handed off to Johnson again from 3 yards out. Johnson ran it up the center and push through the Wildcat line for the touchdown. Warren’s kick was good and put the score at 14-0.

At the start of the second quarter, Zamoriyon Washington fumbled at the Wildcats’ own 14-yard-line. The ball was recovered by Ethan Rester, who set the Raiders up for another touchdown. Back in possession, Spears passed to Aiden McIntosh out on the left side, who dove in for the touchdown. Warren’s kick was good and the score went to 21-0.

With six minutes left in the half, the Raiders put up a fourth touchdown with a pass from Spears to James Owens from the 30-yard-line. Warren’s kick fell short and put the score at 27-0.

The Wildcats fumbled the ensuing kickoff return, which was recovered by a host of Raiders at the Varnado 37. Spears led the Raiders in a quick four-play drive that ended with a handoff to Ke’montre Magee at the 18. Magee ran it in for the Raiders’ fourth touchdown. Warren’s extra point kick went wide and the score went to 33-0.

The Wildcats took possession and came up with a quick three-play drive downfield. From the 34-yard-line, quarterback Malik Patterson ran the ball in and put the Wildcats’ first touchdown on the board. Patterson tried for the keep on the two-point conversion but was halted by the Raiders’ defense and the score went to 33-6 at the half.

The Wildcats took control of the third quarter. The Varnado defense forced a turnover with seven minutes left in the quarter. Patterson capitalized on the turnover and handed off to Devonte Magee at the Wildcats’ own 39-yard-line. Magee ran it all the way down for 61 yards and the touchdown. Patterson’s two-point conversion failed again and the score went to 33-12.

At the top of the fourth quarter, the Raiders put their final touchdown on the board when quarterback D.J. Garrett handed off to Rester from the 3. Warren’s kick was good and the score went to 40-12.

The Wildcats answered back with a long drive up the field to the 4. Patterson handed off to Christian Fox, who carried it for the final touchdown of the game. The two-point conversion attempt failed and the final score was 40-18.

Pine finished off the regular season with a 6-3 overall record and a 3-2 record in district play. 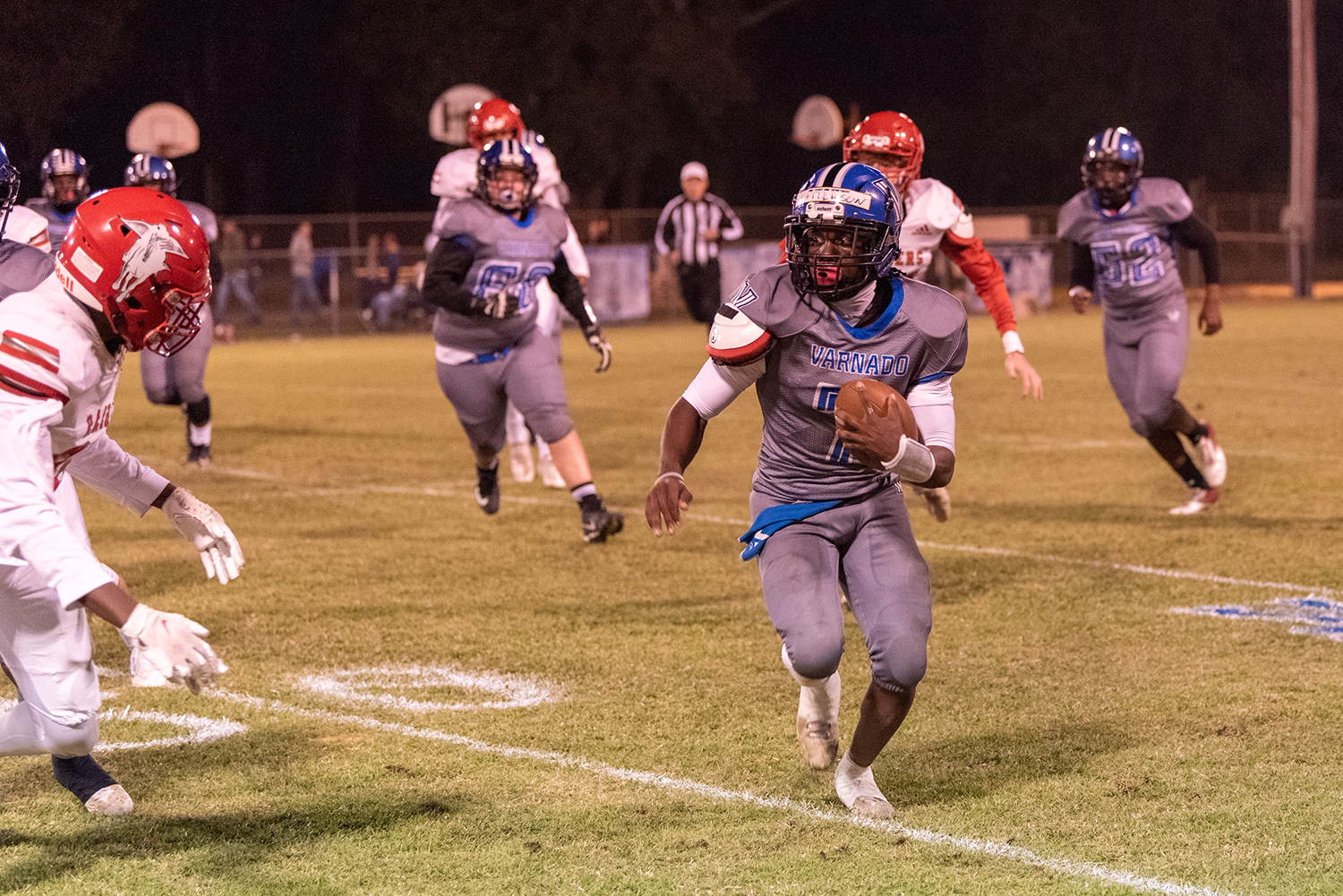