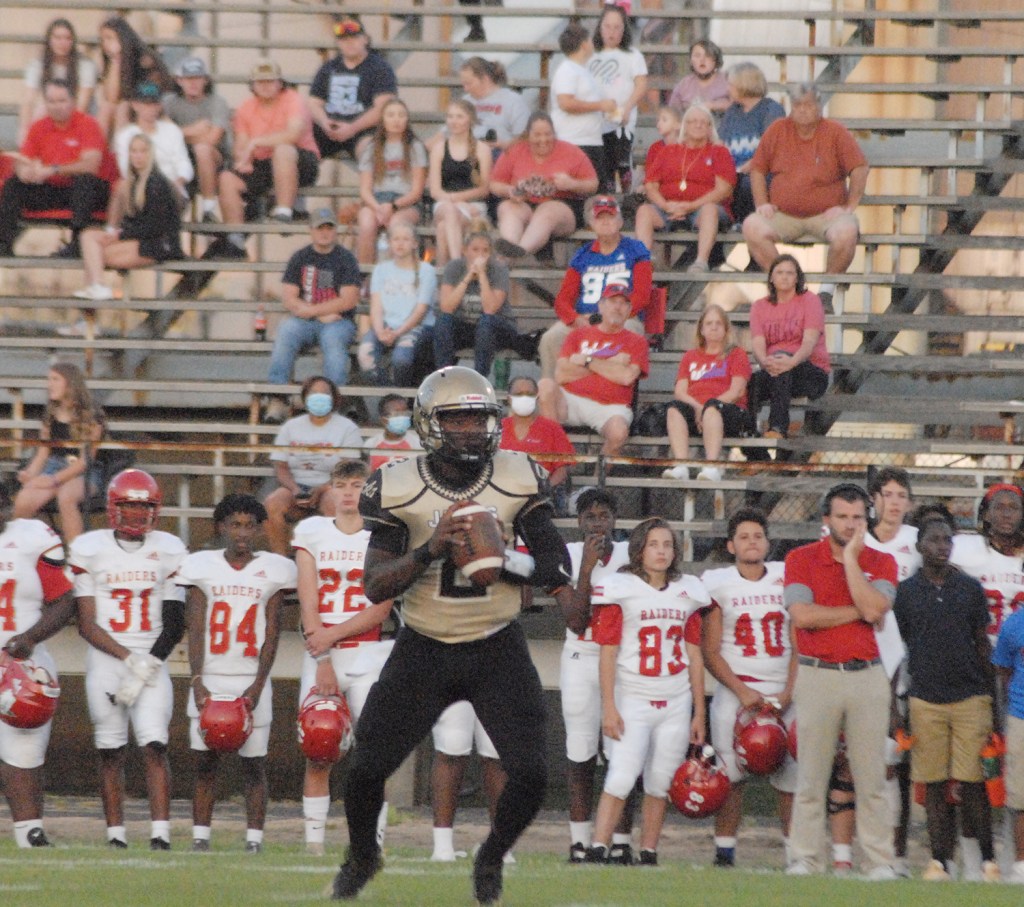 Bogalusa’s Ashton Levi had a huge day in a 42-34 victory over Jewel Sumner in a District 8-3A contest that was held on the road Friday.

Levi threw for 381 yards with six touchdowns. He also ran 18 times for 82 yards.

Tyren Jackson recorded three catches for 105 yards and a score.

Aquinas Roberts made seven catches for 84 yards and a score.

Reynis Morris tallied three catches for 53 yards and a touchdown.

The win clinched at least a tie for the district title for the Lumberjacks.

This was Jewel Sumner’s first loss of the season, as they are 6-1 this year.

On Friday, Bogalusa will cap off the regular season with a home game against Loranger in district play.

“It’s a big week, so we want to finish off the regular season and get ready for the playoffs,” Bogalusa coach Cyril Crutchfield said.

Bogalusa comes into the week with a 5-2 overall record and a 3-0 mark in district.

This is a big game for both teams.

If Bogalusa wins, the Lumberjacks are the outright district champs.

If Loranger comes out on top, Bogalusa, Loranger and Jewel Sumner would finish in a three-way tie atop the district -— all with 3-1 records in league play. Jewel Sumner’s game against Bogalusa was their final game of league play for the year. Jewel Sumner plays a non-district contest against Jefferson Rise Charter on Friday.

Bogalusa and Loranger did not play last year, but have met every year since at least 2009 before that, with Loranger going 9-2 in those games.