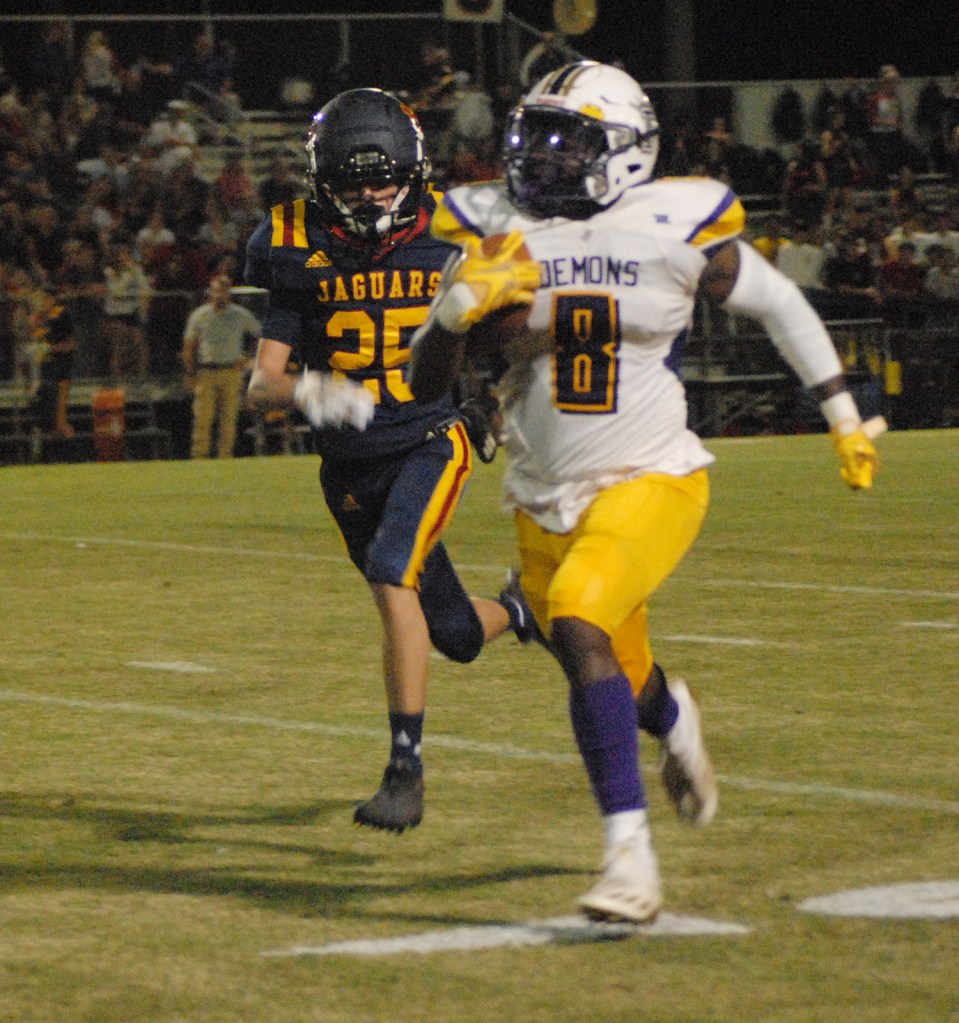 DAILY NEWS PHOTO/Chris Kinkaid Franklinton’s Senqualon Conerly runs with a defender behind him in a game earlier this season.

Franklinton’s Demons were defeated by Salmen, 39-14, in a District 9-4A game that was held at home on Friday.

Zion Anders threw for 92 yards and a touchdown.

Kelly Daniels caught one pass for 67 yards and a touchdown. He also returned a kickoff for a score.

Micah Hart made one catch for 12 yards.

Franklinton is 3-6 overall this season and 0-2 in league play.

Salmen is 7-1 overall has won its last seven games. They are 2-0 in league play. Salmen entered last week as the No. 3 team in the unofficial LHSAA Class 4A Power Point Standings.

“We knew going in that it was going to be a dog fight. They are a very good defensive team,” Franklinton coach Jonathan Barber said. “We had a big special teams play that kept us in it at the end of the first half. We didn’t get critical third down stops early in the third quarter and that allowed them to pull away from us. There were some opportunities for us to make some plays on offense, but we just didn’t make the plays. It’s disappointing for our seniors, because I know how bad they wanted this one. We have another tough test this week as we will look to rebound quickly and improve our playoff positioning.”

On Friday, Franklinton wraps up the regular season with a district game against Pearl River on the road.

Pearl River comes in with a 4-4 overall record and 0-2 in league play.

These teams have met every year since at least 2009 and Franklinton has gone 10-2 in those games. 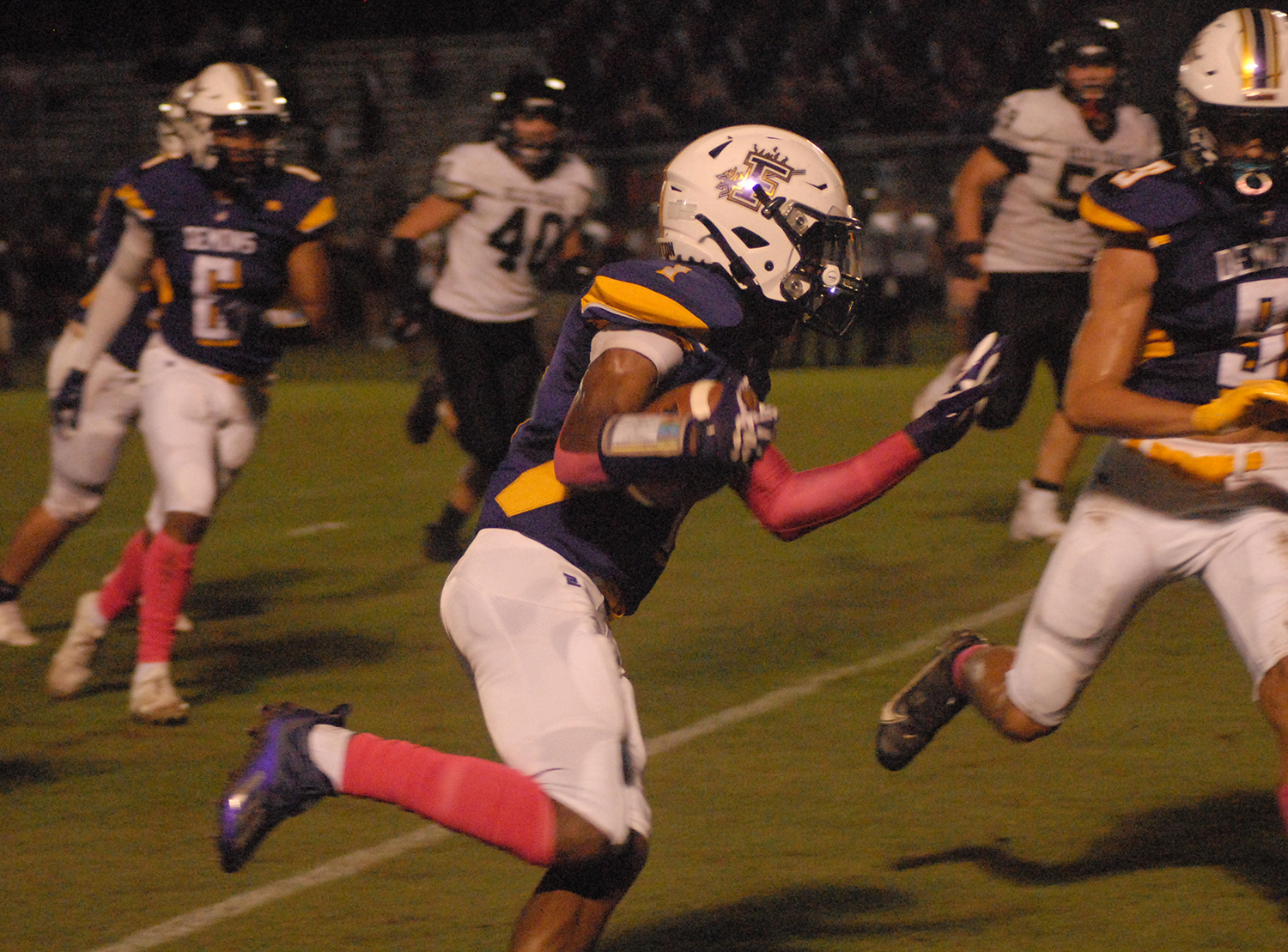