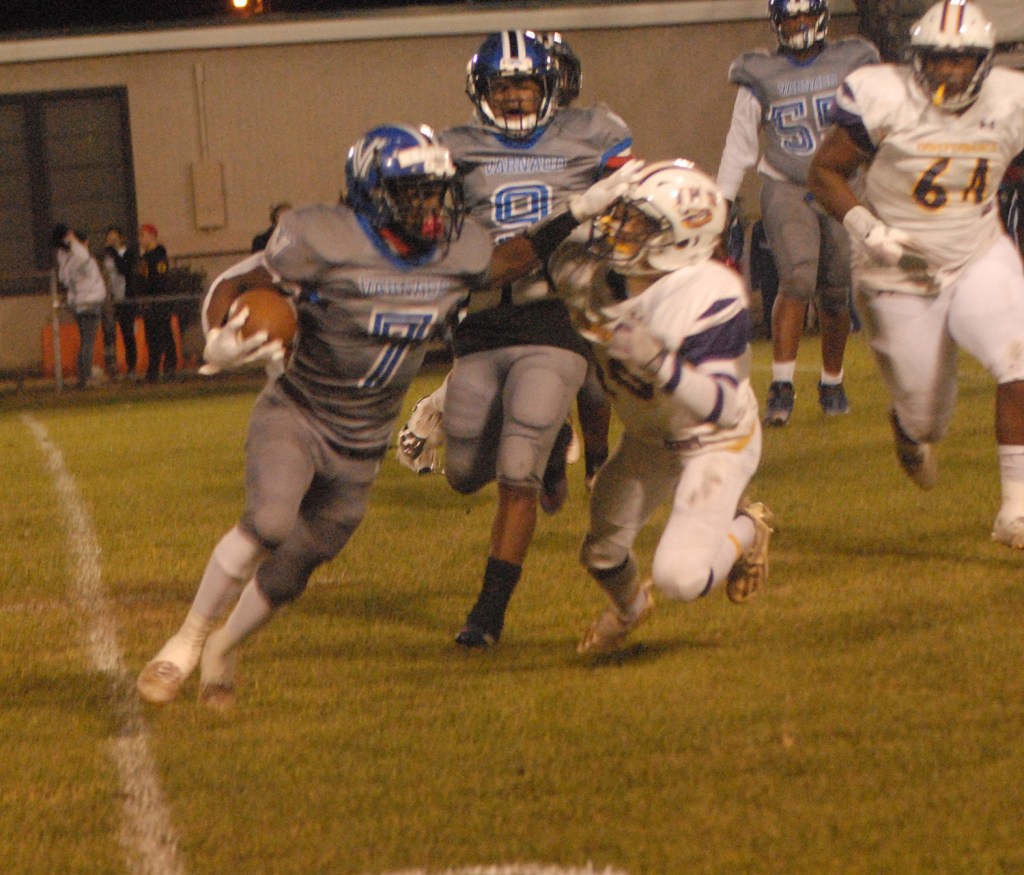 Varnado got off to a good start with a long time consuming touchdown drive, but Independence scored the next 27 points, as the Wildcats were defeated, 35-18, in Friday’s District 9-2A on Homecoming night at VHS.
The Wildcats scored on the game’s opening drive when Zamarion Washington ran 27 yards for the game’s first points. The two-point conversion was no good, but Varnado was up 6-0.
On the possession, Varnado ran 13 plays and went 80 yards, while using 5:46 of the clock.
“Our kids came out playing hard. Our quarterback kind of went down at the end of the first quarter and he’s been steady and consistent for us all year, So, it took us a while in the second quarter to make some adjustments and I thought we did at halftime and the kids came out in the second half and played hard. We ran out of gas and they’re a good football team. Good job to Independence and coach (Scott) Shaffett.”
Independence scored the next 27 points.
Kendel Haywood found Javian Etienne on a 24-yard pass to tie the game after the two-point conversion was no good with 2:55 left in the first quarter.
Independence took the lead early in the second when Michi Bean scored from the 2 and Lacardias Boatwright ran for the two-point conversation and a 14-6 advantage with 9:35 left.
Boatwright tallied on a 2-yard run for a 20-6 lead with 5:12 on the clock after the two-point conversion was no good.
Bean intercepted a pass and returned it 50 yards and Robert Pingno made the extra point with 2:02 to go in the first half and it was 27-6 at halftime.
Varnado’s Quovadis Bickham III intercepted a pass to start the third quarter and the Wildcats capitalized on the first play from scrimmage when Malik Patterson ran left and up the sideline 79 yards to the end zone. The two-point conversion was no good, keeping it 27-12 with 8:03 left.
Haywood ran for a 6-yard score on the ensuing drive and ran in the two-point conversion for a 35-12 contest with 4:22 showing on the third quarter clock.
Varnado scored the game’s final touchdown when Patterson ran in from the 10. The two-point conversion was no good for the 35-18 final.
Varnado (2-7, 0-4) will cap off the regular season with a home game against Pine on Friday.
Independence (3-4, 1-3) will play at home against St. Helena College and Career Academy on Friday.
Both games are district contests.