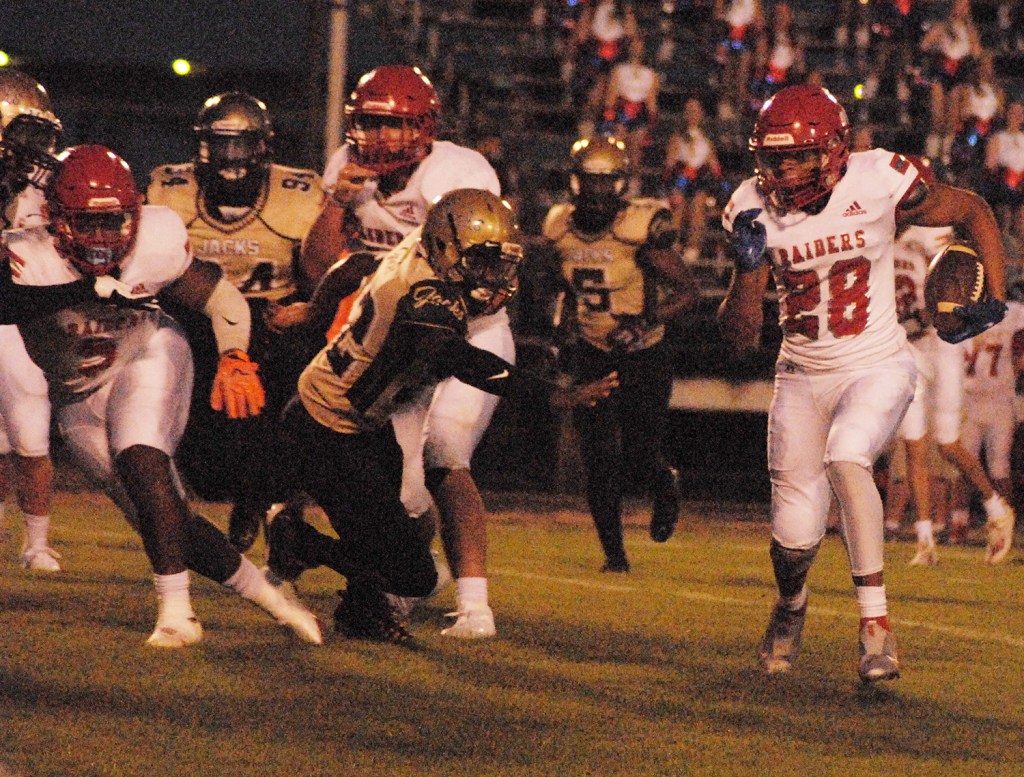 Pine’s Raiders are looking to make it five straight wins on Thursday when they face Kentwood in their final home game of the regular season in a District 9-2A contest.

“Like we said going into district we have to take every game one game at a time. We won last week but it’s time to move on to Kentwood,” Pine coach Bradley Seal said.

Pine comes into this week with a 5-1 overall record and 2-0 in district.

Johnson has run for 1,136 yards and 19 touchdowns this season. For his career, Johnson is at 4,032 yards rushing with 43 touchdowns.

Anterrius Walker and James Owens both caught a touchdown pass.

Kentwood enters this week with a 3-2 overall record and 2-0 in district play.

Pine and Kentwood have played each other the last two years and have both gone 1-1.